The first time I heard the band Flogging Molly was at a Warped Tour in 2002. I’d never even heard of the band and was only in the crowd because it seemed like an easy way to hide away from the fuzz so my friends and I could share a joint. As the crowd thickened around us, we sparked our doobie and passed it around, finishing just in time for the Celtic punk band to hit the stage. Our highs settled in just as the music started, giving way to an unforgettable musical experience.


I’m huge fan of Flogging Molly to this day – and a huge fan of Mary Jane, too – but it was the combination of music and cannabis that really stuck in my mind. Perhaps it was the way the weed heightened my senses or the way it relaxed my mood; perhaps because it soothed my aching muscles or because I made some nice friends in my little stoner circle, but what ever it was, one thing was certain: marijuana and music festivals made an awesome combo.

Why Marijuana and Music Festivals Make a Great Pair

I’m not the only one who loves to bring cannabis to concerts. No matter the genre, there is almost always going to be someone who will sneak some weed into a music festival or venue, and for good reason – marijuana makes music more enjoyable.

Though there’s little research about why cannabis makes music so much better, there are many theories about that may help explain it. For example, some suggest that it is cannabis’ effect on the nucleus accumbens, or the pleasure center of the brain. Interaction with this brain region tends to evoke stronger emotions and make music perception more pleasurable. Another theory suggests that its THC’s effect on short-term memory that makes music sound so much better. According to this theory, when a listener cannot “remember” what sounds come next, he or she is thrust into the “now,” making every next note an exciting surprise. 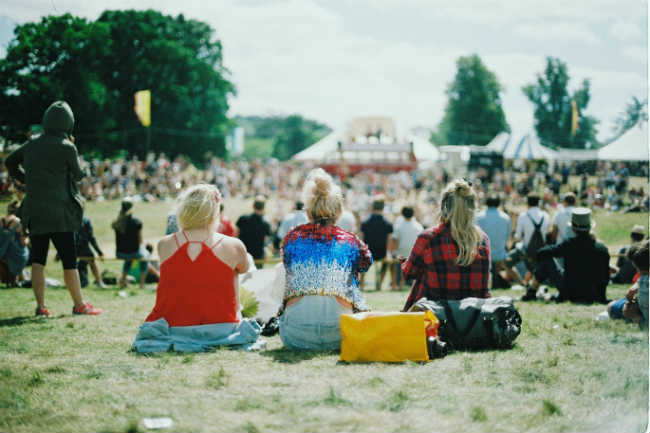 Cannabis and music go together like peanut butter and jelly. photo credit

But science aside, there are many other reasons to love the way cannabis and concerts go well together. Most notably, cannabis is a much safer alternative to alcohol which often serves as a catalyst to good concert groove. When someone opts for bud over booze in a concert setting, they will have more endurance throughout the show (which is especially important for day- or weekend-long festivals) and can avoid the port-a-potty lines for longer periods, as well. Another reason to bring Mary Jane to a music festival (and perhaps my favorite reason) is the awesome friends you can make when you light a joint in the crowd. Whether you’re flying solo or hanging with friends, the smell of a freshly sparked joint is a sure way to make some new stoner friends, too.

Cannabis consumption may be legal in some states but consuming publicly is another issue all together. Though there are a few cannabis-friendly venues here and there, the majority of concerts and festivals maintain a no ganja policy (note that venues that do allow cannabis restrict alcohol). Of course, just because it’s illegal doesn’t mean it doesn’t happen. There are still ways to get cannabis into a concert or music festival, and there are ways to smoke it without getting caught. For example, you can bring joints into concerts by tucking them in your shoes (or a bra, ladies), or stuffing a few into a cigarette pack. Vape pens (disposables if you hit the pit) are another great way to discretely smoke weed at a show.

And then there are edibles: an all-time favorite for an all-day festival. Edibles are great because you can eat them before entering the venue so you don’t have to worry about sneaking anything in or being forced to trash it if you get caught. Edibles are tricky, though, and can have powerful (and sometimes uncomfortable) effects, especially when consuming too high of a dose. As always, start low until you understand your ideal dose bearing in mind that you can always consume more but you can’t consume less. In the event of overconsumption, stay calm, drink plenty of water, and chill out in a shady spot while waiting for it to pass.

Do you have any tips for smoking cannabis at concerts? Share them in the comments below! 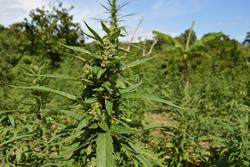