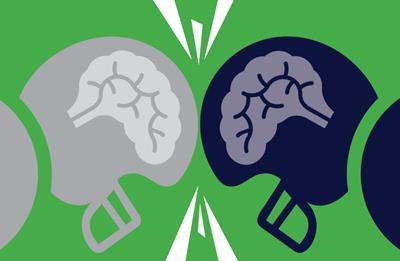 It isn’t unfair to suggest that Manny Pacquiao will throw more than 500 punches in a fight. Maybe that’s why, in 71 fights, he’s won 62 times and KO’ed 39 people. As he says, he throws punches in bunches. So, in 71 fights — assuming 500 punches per match and a 20% rate of punches connecting — he’s hit people with his brutal fists at least 7,000 times. How many times would he have to punch someone in the head to give them chronic traumatic encephalopathy? The exact number is unclear, but CTE is a real disease that’s taken the lives of many professional athletes. Contact sports like boxing and football are rife with lifelong athletes suffering from injuries to their brains.

According to the NCAA, it starts early. Even in their program, concussions make up 7.4% of all injuries of student-athletes.

Moreover, a 2016 report, which was published in the Journal of Vascular and Interventional Neurology, noted that boxers seem to suffer the worst forms of CTE due to “more frequent rotational and shearing impacts.” In other words: repeatedly getting punched in the face, jaw, and head. Since 2015 (when the movie, Concussion, came out) the NFL has been trying to renew its image. The movie gave an emotional insight into the trials and tribulations of athletes faced with CTE.

In the professional leagues, as we’ve previously reported, the attitudes around cannabis are shifting. So, what does that mean for athletes who might want to use cannabis to help with CTE, and what can it actually help with?

The Ways That Cannabis May Help Those with CTE

How does cannabis help people with CTE? The answer depends largely on the person. Cannabis is a highly individualistic plant that may do wonders for some people and nothing for others. Since every person has a unique endocannabinoid system, it’s no surprise their reactions vary. For many, the reason cannabis works for them will be highly scientific, with evidenced-based research supporting their outcomes. For others, cannabis helps in anecdotal ways, such as:

According to a 2014 study, cannabis may actually help with the most important thing about a traumatic brain injury (TBI): survival. The study, which was published in the journal, American Surgeon, found that “a positive THC screen is associated with decreased mortality in adult patients sustaining TBI.”

These results were garnered from a three-year window where patients who suffered a TBI were tested for toxicology in their systems. Essentially, the study showed that simply by having cannabis in their systems, people were more likely to survive a serious blow to the head. This means that professional athletes who suffer repeated blows to the head, such as NFL players, may benefit simply by consuming cannabis.

Research like that published in 2014 leads us to ask the question, “does cannabis help prevent CTE?”

When heads get bashed, brains experience excitotoxicity. In other words, there is too much extracellular glutamate, which is toxic to the human brain and a serious repercussion of suffering a brain injury. 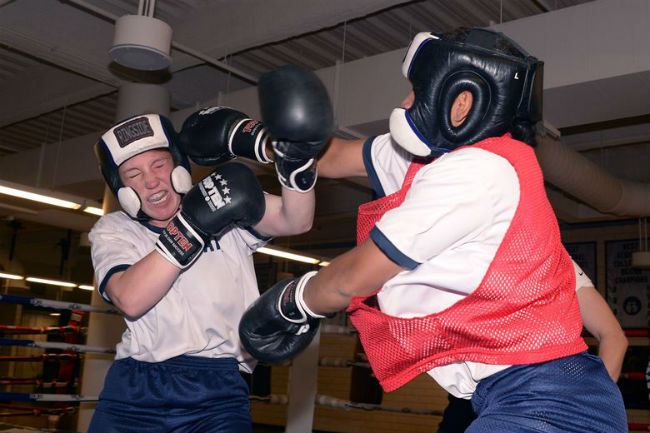 Contact sports, like boxing and football, are the main contributors of brain damage for professional athletes. photo credit

If CBD is able to help prevent glutamate toxicity, there’s also a chance that it will help prevent chronic glutamate toxicity for professional athletes. The recurring concussive hits may be partially offset by the chronic use of cannabis. So, what does the latest research say about the use of medical marijuana for CTE?

The Best Cannabinoids for People Suffering from CTE

In 2017, a paper was published titled, “Endocannabinoids: A Promising Impact for Traumatic Brain Injury.” In it, the researchers wanted to see how the endocannabinoid system (ECS) responded to a traumatic brain injury – the type that could lead to CTE.

Schurman and Lichtman, the authors of the paper published in Frontiers in Pharmacology, noted that pharmacological manipulations of the ECS impacted TBI pathologies such as:

Furthermore, they indicated that “TBI-induced behavioral deficits, such as learning and memory, neurological motor impairments, post-traumatic convulsions or seizures, and anxiety also respond to manipulations of the endocannabinoid system.” So, what does this mean for athletes?

The authors said, “promising classes of compounds, such as the plant-derived phytocannabinoids, synthetic cannabinoids, and endocannabinoids, as well as their non-cannabinoid receptor targets...represent important areas of basic research and potential therapeutic interest to treat” certain brain injuries. A year later, in 2018, researchers published a report that looked more closely at the potential of cannabinoids for CTE, among other diseases. 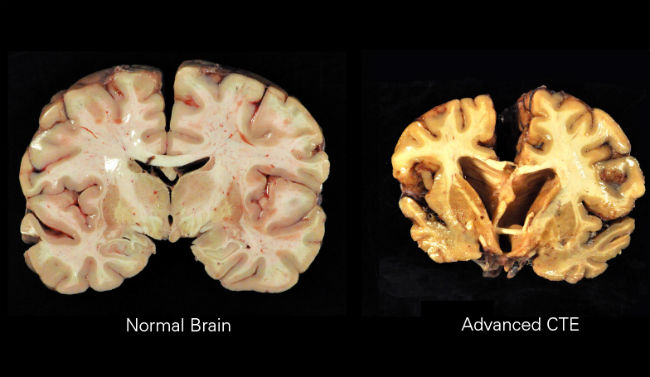 An example of a comparison between a normal brain and a brain with CTE. photo credit

In summary, the authors noted that the “inherent polypharmaceutical properties of cannabis botanicals offer distinct advantages over the current single-target pharmaceutical model and portend to revolutionize neurological treatment into a new reality of effective interventional and even preventative treatment.” In other words, cannabinoid medicine works better than conventional treatment methods.

The authors ended their paper by insisting that supplementation with cannabis extracts may indeed help those suffering from CTE. They noted that THC, CBD, CBDA, and THCA may also provide positive benefits. After outlining a handful of diseases, including CTE, Dr. Russo, the author of the study, noted that “cannabis-based drugs portend to provide future safe and effective treatments for heretofore recalcitrant neurological conditions.”

Will Athletes Be Able to Use Cannabis During Competition?

The small amount of scholarly research in relation to cannabis and CBD means that options for treating CTE with cannabinoids are limited. Conventional therapeutics have difficult helping people after a concussion, and there is little that can be done, pharmacologically, to prevent them.

That’s why professional athletes, including those in the NFL, are hopefully moving in the direction of medical marijuana and CBD. They need a good option, and they agree that cannabis is just that.

Let us know in the comments if you’ve tried medical cannabis for concussions or traumatic brain injuries and what your experience has been! 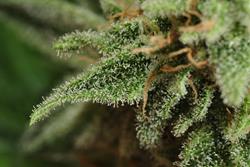 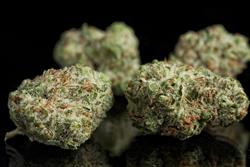