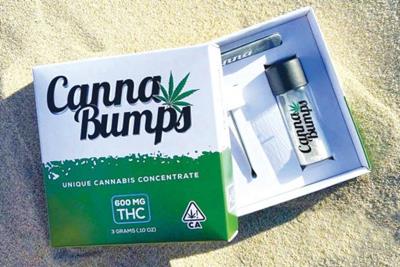 A few months ago, I was scrolling through my Twitter feed and a post from a colleague in the cannabis community made my jaw drop. It takes a lot to surprise me, and I confess that I blinked a few times in astonishment - this can’t be right, I thought - and looked more closely.

Yet there it was. Canna Bumps. Snortable cannabis concentrate packaged to resemble cocaine - including a mini snorting spoon, card to cut the powder, and a vial to keep it in. Fortunately, the gimmick did not catch on in the way its producers were probably hoping, in fact, most cannabis industry folks were outraged, and it was pulled from the market before it even hit shelves.

With each Canna Bumps package containing 600 milligrams THC, the company, California-based edibles manufacturer THC Living was ostensibly selling the product as an edible because that’s what they have a license to do. Problem is, California has a maximum for edibles, 100 mg per package. But it’s obvious, isn’t it, when you include a card for cutting and a spoon for snorting? Canna Bumps was intended to be consumed as a concentrate, probably violating the California maximum for an edible manufacturer.

So what’s the deal? Why make cannabis products that resemble hard drugs like cocaine? Is there any benefit to making these kinds of products, especially for an industry that’s been working so hard to be taken seriously in the mainstream as a responsible business player? Let’s dig in.

Canna Bumps is not the only cannabis product designed to look like another drug. Another  derivation that’s become popular is THC syrup made to resemble “lean.” Made popular by the rap community, “lean,”  aka Sizzurp, Dirty Sprite, or Purple Drank (and a half dozen other pseudonyms) is a concoction of prescription-grade promethazine and codeine cough syrup mixed with soda (often famously topped off with a Jolly Rancher candy). It is said to have a heavy narcotic effect and can cause addiction. Rapper SchoolBoy Q has spoken openly about battles with the drug, as have many others.

And now, THC is getting added to the mix. In the UK, blackmarket and DIY dealers have begun selling THC syrup. In the U.S., THC syrups made to resemble prescription cough syrup can be found in both legalized and illicit markets, all of them reportedly bringing a very potent high.

And they are catching on with emcees like Slowthai and Smokepurpp, who is launching a THC syrup line of his own, “with the political motivation to fight against America’s opioid crisis,” as reported by Vice. Codeine is an opioid, and while not technically an opioid, Promethazine is also addictive, so the implication seems to be that these THC-syrups are a less harmful alternative. 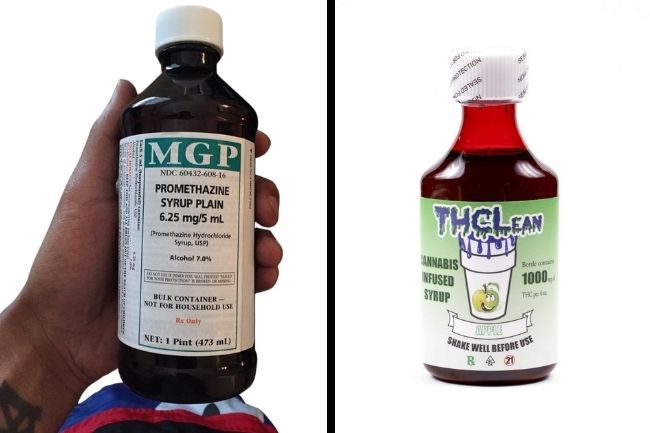 If that’s true and something like THC syrup can curb U.S. opioid consumption and prevent overdoses - nearly 70,000 in 2020  alone - does that make all cannabis products that look like other drugs a bad idea? For example, though the research is still out, CBD pre-rolls have been positioned in part as an effective tool for those who wish to quit smoking cigarettes, and nicotine is one of the more dangerous and addictive substances out there. A new study in the Journal of Psychopharmacology examining CBD’s role in nicotine addiction shows some early promising results.

Smoking takes the lives of about 435,000 people per year in the U.S., and replacing cigarettes with CBD pre-rolls may help smokers fight tobacco addiction, in addition to potentially easing the symptoms that nicotine cessation brings, including anxiety, headache, insomnia, depression, and agitation, among others. If a CBD pre-roll imitating a cigarette can help people break free of nicotine, that could be a good thing.

The Impact of Associating Cannabis and Hard Drugs

But cannabis products imitating cocaine or codeine-filled cough syrup is another story, and Bruce Barcott, senior editor at Leafly and author of Weed the People believes that these products do real harm and are a significant roadblock to widespread cannabis reform.

Following the Canna Bumps reveal, he wrote, “Most of them [lawmakers and community leaders] know less than zero about the legal and regulated cannabis industry. Their only information often comes from reefer madness presentations given by fear-mongering groups like SAM, and Mel and Betty Sembler’s Drug Free America Foundation.

“I’ve seen a couple of these sessions firsthand. They usually take place at law enforcement seminars, policy conferences, or local civic group lunch-n-learns. They’re often titled ‘The truth about marijuana legalization’ or some such. They’re packed with bullshit statistics and debunked studies. And at some point, the speaker invariably flashes slides of products like Canna Bumps or Stoney Patch Kids to illustrate what legal cannabis stores are selling. It’s their money shot. In that moment, you can all but hear votes throughout the room flipping against legalization.” 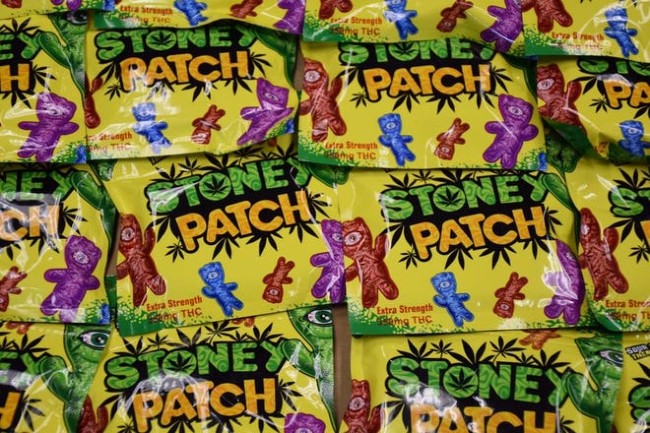 Other industry commentators are a bit more generous than Barcott. Founder of the Global Drug Survey Adam Winstock called these gimmicks “marketing bollocks.” In the case of THC syrup, however, the ramifications could go beyond mere bollocks and into potentially dangerous territory.

THC syrup, Winstock said, should be made by a trained chemist. “The fact that it will sometimes be made with dry herb or hash and other times from concentrate means it’s very hard to understand how strong a teaspoon dose might be. Even a 5 mg dose will get a novice very stoned.”

Unless that THC syrup is purchased from a licensed, legal dispensary, it was probably made by a DIY-er, and thus of unknown safety and quality.

Concoctions like Canna Bumps and THC syrup are at the least in very bad taste. But the larger ramifications go way beyond bad taste and into the real world where there is still a War on Drugs. Millions of Americans have been arrested or imprisoned for marijuana - mostly people of color - and have subsequently lost many of their rights. And it’s a slap in the face to those who could benefit from medical marijuana in states where cannabis remains illegal.

What do you make of these cannabis-based imitators? 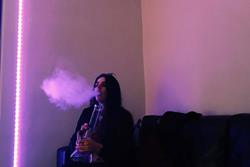 How to Smoke a Bong

How to Smoke a Bong