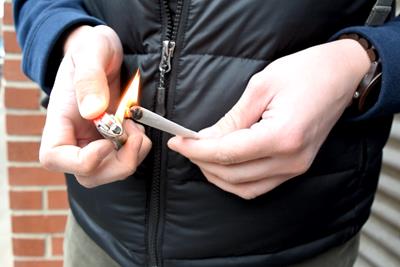 The number of people who have died from a cannabis overdose? Zero.

While most cannabis consumers know that overdosing on marijuana is practically impossible, it’s a common misconception that cannabis is a lethal drug.

You can certainly experience a “bad high” or unwanted symptoms from ingesting too much marijuana, but the chances that you’ll die from it are practically impossible. It all comes down to how the drug interacts with our body.

According to the National Cancer Institute, “cannabinoid receptors, unlike opioid receptors, are not located in the brainstem areas controlling respiration.” So too much marijuana can’t cause damage to organs.


But because painkillers like OxyContin or heroin are absorbed through parts of the body that control essential functions—like breathing—they’re much more lethal due to a lack of oxygen, irregular breathing and poor blood circulation.

Preliminary studies show that marijuana has a therapeutic index (the ratio that compare the blood concentration at which a drug becomes toxic versus effective) of 40,000:1. It’s essentially because THC is so low in potency.

What is the Lethal Dose of Cannabis?

Someone would have to take 40,000 times the normal amount of cannabis to die. Other estimates say that a smoker “would theoretically have to consume nearly 1,500 pounds of marijuana within 15 minutes to induce a lethal response” or “smoke 20 to 40,000 joints with .9 grams of weed each before dying.”

Smoking these joints won't kill you, but they may make you tired.

Morphine, on the other hand, has a therapeutic index of 70:1. Most users wouldn’t eat more than a 10 mg edible to experience the desired effect, where ingesting a little more morphine can easily put you over the edge and cause serious problems.

How much is too much? Here are a few median lethal doses to consider:

But don’t think that there’s no such thing as “too much” cannabis. Large doses of marijuana can still affect you—making you more paranoid, agitated and nauseous. There’s certainly a point where you become uncomfortable and slightly miserable. Although it may happen easier to those who aren’t as tolerant or experienced as others, these negative symptoms will wear off soon and on their own. If you’re ever feeling too high, check out these tips.

In addition to the extremely high lethal dose amount, there are also no recorded cannabis deaths due to overdose. Yes—cannabis does impact motor skills, can increase heart rates and cause short-term memory loss. And mixing cannabis and alcohol can lead to “greening out” since THC is absorbed faster.

But there are solutions to these problems, such as physically moving to a more relaxing and comfortable environment or using calming methods to ease an anxiety attack. In fact, when and if you need to head to the emergency room, most medical professionals will simply talk you down and, in extreme cases, give you a sedative.

Every body, person and strain is different, though. So just be smart and recognize when you need to stop. 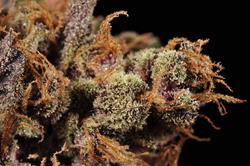 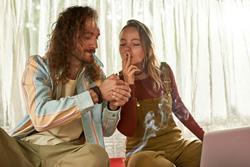