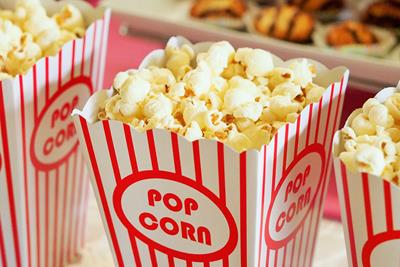 For my new hopeful series for PotGuide, I’m going to answer the highly subjective question can a bad movie be made better with cannabis? High-level cannabis research, indeed, friends. The good problem with July is that not many major releases received overly horrible reviews. While Skyscraper certainly has gotten its knocks, it’s an action movie starring the Rock - that’s all it really needs to be somewhat entertaining. So, instead of confirming that cannabis makes explosions more exciting (on the big screen that is) I decided to tackle a sequel. With high rates of retreaded material and minimal plot advancements, sequels are the perfect films to assume to be subpar stinkers.


That being said, the question switched slightly to Could a lame sequel be made better with pot?

This month, two sequels hit the theaters in wide release: Hotel Transylvania 3 and Unfriended: Dark Web. Both received lukewarm reviews, so the choice was up to me. And as a grown man with a full beard going alone to a movie theater on a Monday morning, I assumed the horror movie would be better for optics than a children’s film. Plus, horror sequels tend to bomb extra hard. With that, it was time to pack a bowl of Afghani, hit the vape pen and explore the dark web for myself.

With a premise centered around Skype, Facebook chat and the dark web it would be safe to assume that Dark Web is going to be a cut and paste slasher film. Thankfully, the film comes from the folks at Blumhouse. Even if you aren’t familiar with the name, you certainly are with their works that include Get Out, Split, and another horror franchise that dropped a sequel last month, The Purge.

Since 2009’s Paranormal Activity, the folks at Blumhouse have reinvigorated the genre by going back to the small production budget approach. The Blumhouse approach to low budget, high reward filming ushered in a slew of mostly decent to excellent horror films in recent years. Most of their works show how the genre should be made. That includes putting effort into slash-em-up films that tend to usually skip on creativity and quality acting. 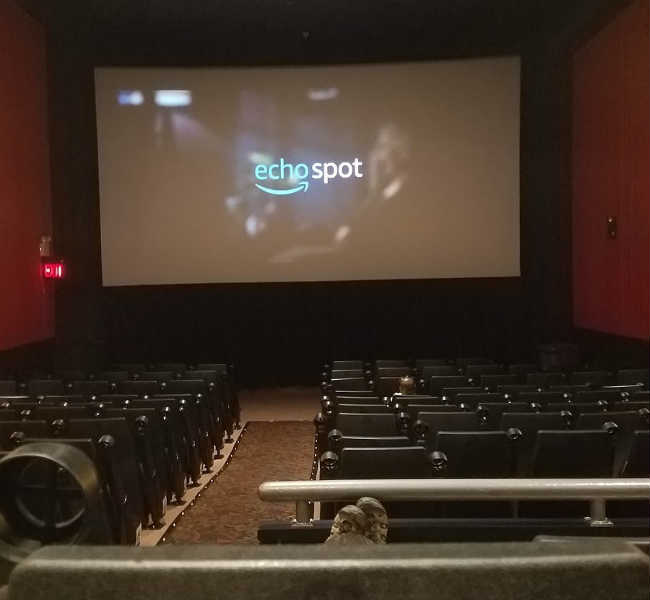 There weren't many movie-goers at 11 am on a Monday.

With a rather comfortable knowledge of Blumhouse, my expectation was anticipating more Happy Death Day than Get Out. Judging by the audience size, I began to wonder if that would be the case as well. Then, I remembered I was watching a horror movie at 11am on a Monday. Maybe this would actually be good after all.

Dark Web is just about as close to a free-standing sequel as you can get. In the original, teens were haunted by the ghost of a former classmate that kills herself. This iteration finds a group of friends connecting over Skype to play games before a new laptop throws their worlds into disarray. By stepping out of the supernatural and into reality, the film added some realism that can often keep horror stories grounded.

The story was simple enough to follow even if you’re stoned out your gourd. While the movie was enjoyable overall, it often felt like the sequels to Hostel where no one is safe anywhere in the world. At times, it added an unwelcome “oh come on” feeling that horror can dole out. However, by incorporating hacking and the all-too-real process of stealing a person’s identity, Dark Web kept the film plausible. It could have easily become a zany tech-murder rigmarole where megabytes or net neutrality is the killer. Thankfully that wasn’t the case.

Knowing that I would probably forget all my thoughts as my high wore off, I wrote my notes while watching Dark Web:

Overall, the film is rather solid and smoking pot does make it that much better. With a strain like Afghani, I was able to kick back and feel my level of happiness increase while I sunk into my movie seat. Thankfully, it didn't put me to sleep or make me have too bad of a case of the munchies. This happy medium I smoked myself into was the perfect place to watch a horror sequel that actually was actually rather entertaining. 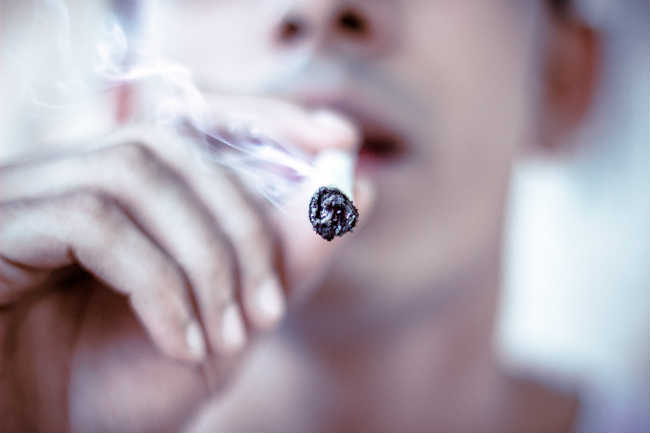 Consuming cannabis before watching a movie with bad reviews can make the experience much more pleasant! photo credit

The movie works within the confines of standard horror movies with its own original spin. The incorporation of more real-life horror elements took the series in a different direction than the first. While this could leave the franchise open to additional creative sequels, a disappointing opening weekend may have Blumhouse shelve the series in favor of other ideas going forward.

If you’re a cannabis consumer that enjoys horror, then Unfriended: Dark Web is a worthy watch. Unlike more complex horror films like Hereditary or even The First Purge, Dark Web is a straightforward movie that isn’t deep on the backstory or subtle elements you could miss while baked. If you’re looking for the next classic, you won’t find it here. However, if you’re looking to kick back and watch some good but not great horror, then Unfriended: Dark Web is one to take in.

Do you think cannabis helps make subpar movies better? Are there any bad movies you’d like us to put to the test? Share your thoughts in the comments below! What Forms of Payment are Accepted at Cannabis Dispensaries?

What Forms of Payment are Accepted at Cannabis Dispensaries?