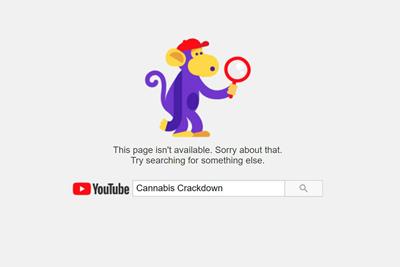 Since the middle of April, streaming video platform YouTube has been conducting a mass purging of cannabis-related content and channels from its site. Many of the accounts were years old with followers in the thousands. Having safely navigated the site’s community rules and guidelines for so long, the abrupt eliminations came as a shock to the many businesses, content creators and influencers affected.

PotGuide is no stranger to these crusades, either. We had our account terminated without warning with no chance to appeal or recover our account. YouTube has been silent in their efforts and has not offered any sort of support for canna-businesses who have had their accounts terminated or suspended.

Thankfully, there are video platforms that support the cannabis industry. We’re pleased to say that you can find every PotGuide video live and streaming on Vimeo! Check them out here!

Despite these guidelines, creators assert that no usual back and forth has taken place since the new sweep began.

Instead, strikes are issued in rapid succession, with no time given to address the issues. Many of the videos flagged contained no questionable content, and as far as their creators could see, had broken no community rules.

Adding to the confusion, many cannabis channels instructive or journalistic in nature were taken down, while others with more explicit cannabis content remained unaffected. As mentioned above, PotGuide’s YouTube account has been terminated despite adhering to community guidelines. The targeting of educational and journalistic outlets is what had fueled community fears that the purge is idealistic in nature.

On top of those fears, appeals have been met with silence from YouTube, prompting some to assume that this is reflective of a larger change within the company. A wide range of other niche and advocacy channels have recently been affected with little to no warning, ranging from the LGBTQ+ community to violent games.

Most suspect that the issue has to do with YouTube not being able to draw ad revenue from cannabis content, however the company itself has yet to comment. YouTube underwent a large overhaul of their advertising platform earlier this year after multiple content-related fiascoes, most famously YouTube affiliate Logan Paul’s filming of a deceased Japanese man.

Additionally, the April sweep appears to coincide with a platform-wide crackdown on firearms content. YouTube issued a statement to those creators acknowledging the change in policy. Cannabis and other minority communities were issued no such statement. So long as YouTube’s permeating silence remains, the future cannabis on the platform is uncertain.

The Drug Classroom (TDC), which has held its YouTube account since 2014 and boasts 85k followers, was one of the many educational channels that had its account taken down during the purge.

However, they are unique in being able to rejoin YouTube since the banning wave began. After no response through official frequencies, TDC’s channel operator took to the Reddit.com YouTube subreddit to raise awareness of their situation. After a groundswell of support, two YouTube employees, who subsequently reviewed the strikes against TDC’s account, contacted TDC. The relayed that the ban seemed to stem from a single user recurrently reporting videos as spam. After review, TDC saw its account reinstated.

While TDC was able to recover their account, many cannabis accounts still see this screen for all of their uploaded content.

This might help provide hope for other companies and content creators looking to reinstate their accounts, but does little to help the many channels still affected without answer. If similar simple issues were at the root of the many removals, the extreme silence seems unwarranted.

This is not the first time cannabis has faced adversity from social media platforms. Two years ago, social media giant Facebook purged cannabis pages from its platform. Additionally, the company’s photo sharing subsidiary Instagram has always been famously hostile to cannabis.

How are Cannabis Companies Responding?

Youtube’s censorship has already spurred former channel owners to create a new platform in WeedTube. Other established streaming platforms, such as Vimeo and Twitch, have stepped in to fill the void. Though Twitch officially “discourages” cannabis and has restrictions regarding use, it recently ruled to not reprimand Snoop Dogg’s channel after he appeared smoking a blunt, setting a precedent for consumption on streams in legalized states.

It is clear that cannabis media isn’t going to disappear from the web. Nonetheless, removing cannabis content from such a large platform like YouTube will inevitably restrict access to information for people in need. While the public waits out YouTube’s silence, people are going to suffer.

For the time being, YouTube is bigger than cannabis, and it is unclear if association with the plant will be enough to bolster new companies to sufficient levels of success needed to rival the platform’s prominence.

Google, YouTube’s parent company, doesn’t require its employees to pass drug screening due to the fact tech companies who screen for cannabis struggle to employ top quality talent. Even the government cannot deny that tech thrives on weed. To remain competitive, the FBI was forced to issue a statement assuring that cannabis use wouldn’t disqualify talented people from joining the United States’ cyber security division.

If YouTube does intend to pursue a path of cannabis censorship, it will be doing so in opposition to the community it depends upon. YouTube still has time to remedy the situation with content creators and clarify future plans for working with cannabis, but if they want to remain at the top, time may be running short.

What do you think of YouTube’s anti-cannabis crusades? Comment your thoughts below! 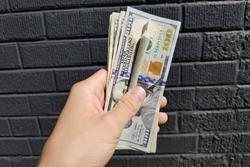