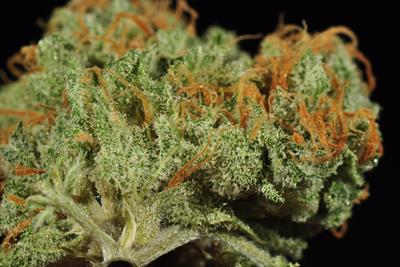 Blue Dream. This hugely popular strain’s name pretty much tells you all you need to know about what you’re getting into. Like the strains Green Crack, Strawberry Cough, and Sour Diesel, Blue Dream is one of those buds that offers some real truth in advertising. Perhaps that is why Blue Dream consistently tops the yearly lists of most popular cannabis strains in both individual states like Colorado as well as across the entire United States.

So how did Blue Dream rise to this exalted position amongst its countless peers? Where were the seeds that would grow into Blue Dream originally planted? What has made it such a popular strain? Let’s find out.

While the origins of Blue Dream are a little hazy, there is a lot that we know for certain. The seeds that would become Blue Dream were first planted in the soil of the sleepy surf town of Santa Cruz. This idyllic beach community that stretches into Monterey Bay on California’s Central coast is home to some of the best surfing and best surfboard makers in the world. It was also one of the centers of the medical marijuana community. In the early 1990’s, local activists began leading the medical cannabis movement by founding the Wo/Men’s Alliance for Medical Marijuana (WAMM). This trailblazing patient’s rights organization was the first cannabis collective to receive non-profit status in the US. Its co-founder Valerie Corral helped to lead the passage of Prop 215 in 1996, which made California the first state to legalize medical cannabis. 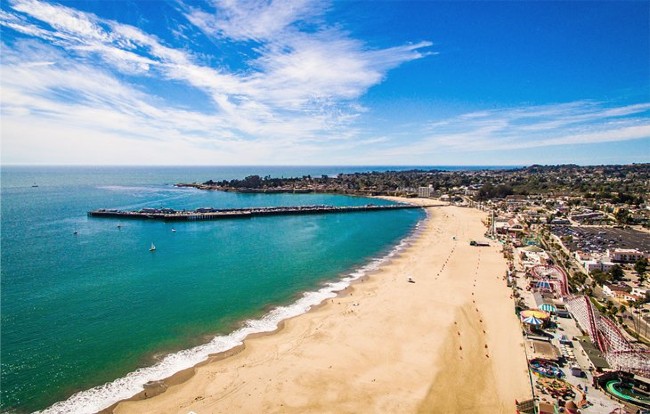 With all of this cannabis culture centralized in one spot, some innovative grower decided to crossbreed California’s indica heavy, fruit-forward DJ Short’s Blueberry F5 with the sativa heavy, citrusy, spicy Haze local to Santa Cruz.

Once the plant flowered, that first grower must have known that they already had a bona fide cannabis classic on their hands. Aft, Blue Dream’s buds are a forest of dense, deep green leaves and rich golden hairs accented by frosty white trichomes that shimmer over the plant.

Just as enticing as the bud’s appearance is the smell wafting off it from Blue Dream’s over-productive terpenes. The strain definitely takes after the Blueberry side of the family upon first whiff. The scent has been described as a sweet and floral berry that retains subtle notes of a sharp citrus-sandalwood retained from its Haze parentage. The flavor itself is similarly blueberry heavy, although some strains can lean heavier on the floral notes which imparts it with a hint of lavender.

Then, there’s the effects. Blue Dream opens with an uplifting and cerebral high that come mostly from its Haze parentage. While some users have found it to be a little racy during the first few minutes, the effects soon evolve into bursts of creative energy that can be intermixed with some scatterbrained distortion. There are also bouts of unrestrained euphoric uplift that are more than welcome in the mix. Blue Dream is widely regarded as a fantastic daytime strain for its thought-provoking, mind-expanding creativity and energetic, inspirational focus. 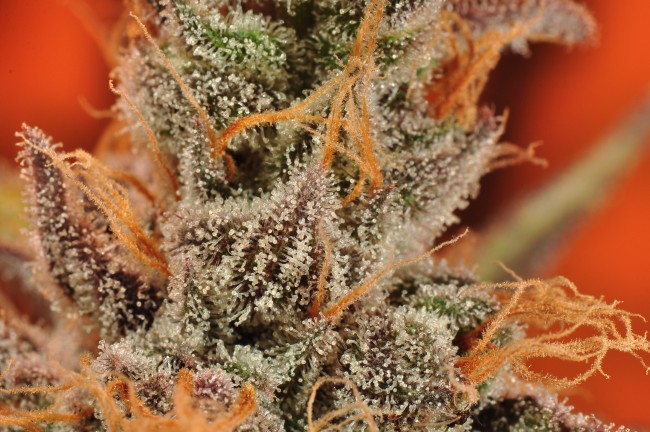 With such great effects, appearance, and aroma it's no surprise that Blue Dream is such a popular strain.

Growing beneath all this cerebral motivation is a profound body relaxation and quality pain relief. This only continues as the Blue Dream experience continues on until it becomes more of an indica finish, leaving the consumer warm and relaxed with a floaty sense of ease.

It’s this hard-to-find combination of body relaxing, pain relief, and motivating, energizing focus that originally brought Blue Dream into the spotlight amongst Santa Cruz’s medical marijuana community. While Blue Dream is a great beginner strain that never loses its appeal for veteran cannabis consumers, it’s the wide-ranging and influential medical community that usually catapults a strain to national popularity. In this case, Blue Dream is known by some as the “Aspirin of Cannabis” for its ability to relieve headaches, body aches, chronic pain, nausea, stress, anxiety, depression, and insomnia. It’s a perfect daytime strain that helps you get through your tasks with a clear and pain-free focus, then gets you to bed for a restful eight hours of sleep.

How Did Blue Dream Become Prevalent?

From its Santa Cruz origins, Blue Dream spread across the state to quickly become one of the most popular and recognized strains in California. From there it made the jump in first the illegal, then legal markets to states like Washington and Colorado. Once there, it rapidly rose to the top of the charts as far as popularity and stayed there. Thanks to its voluminous trichome production and simplicity of mass production, Blue Dream is also a favorite for use in vaporizable concentrates as well as a base in edibles.

Besides its popularity, Blue Dream is also a favorite of cannabis producers for just how easy it is to grow.

While it’s a great strain for any weed fan looking to branch out and see how green their thumbs can be, in the hands of even a moderately skilled grower Blue Dream provides remarkably high yields. Despite its slow start, Blue Dream makes up for it by branching out quickly and flowering in about 9-10 weeks. The plant is known to grow larger when produced via hydroponics. However, anyone looking for quality over quantity will use the soil, since that is where Blue Dream’s flavor ripens the sweetest. As an added bonus, the plant also has a natural resilience against powdery mildew.

As with anything in popular culture, Blue Dream’s popularity has also led to it having some detractors. Because it is so ubiquitous and easy to produce, the genetics of a lot of plants being sold as Blue Dream are beginning to seem a little questionable. Some consumers are reporting a much heavier indica effect than initially promised, or find it to be more racy than uplifting. Others view it derisively as “Beginner’s Weed” and talk down any fan as not having as distinguished a “pot palate.” Still, others just say that it’s played out; a “been there, done that” strain that everyone’s still talking about as though it just hit the scene.

However, cannabis is incredibly personal, and there’s no reason not to like what you like just because its enjoyed the world over. After all, there’s a reason Blue Dream retains its stellar reputation and consistent five-star reviews: it’s really great weed. What more do you need to say about it than that? The name speaks for itself.

Have you ever tried Blue Dream before? If so, how did you like it? Comment your experiences below. 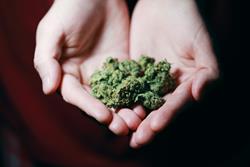 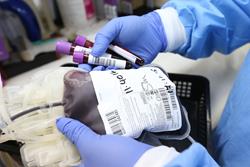