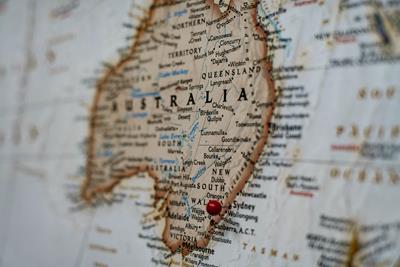 The legalization of medical cannabis in Australia was lauded as a historic day by the Minister of Health, Susan Ley. On February 24, 2016, after parliament amended the Narcotic Drugs Act (the amendment is referred to as the Narcotic Drugs Amendment Bill, or simply the Amendment Bill), allowing marijuana to be grown for medical and scientific purposes, Ley announced "This is the missing piece in a patient's treatment journey and will [sic] now see seamless access to locally-produced medicinal cannabis products from farm to pharmacy."

However, the initial implementation of the Amendment Bill has been slow and limited, bogged down by bureaucratic systems ill-informed and ill-prepared to serve the medical community. The government has made progress over the last year in amending marijuana regulations to increase patient access, and new recommendations have been submitted to Parliament to further improve the system. Still, criticism is widespread, and patient advocates say there is still much to be done to get Australia up to par with medical cannabis access seen in other countries.

Problems with the System

Since the passing of the Amendment Act, Australian cannabis patients have faced continual challenges to maintain their access, including high costs, bureaucratic hurdles, and frequent shortages of both domestic and imported supply. Many of these issues stemmed from a lack of clarity and support from both the state and federal government, as well as the medical establishment. As of February 2018, only around 350 patients nationwide had been approved to use medical marijuana, out of the estimated 3 million Australians in need. 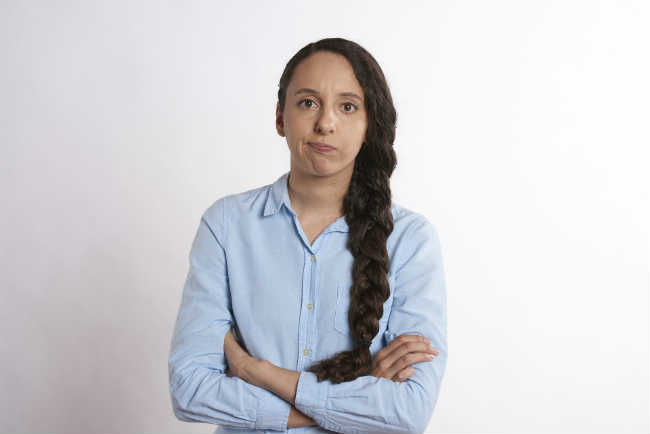 Even for the limited few that are granted a prescription, filling it can be complicated. In absence of familiarity with traditional cannabis preparations, access to forms of cannabis-derived pharmaceuticals with clinical research and extensive approval in other countries, such as Sativex and Marinol, are given strong preferential treatment. Whole-plant and true cannabinoid preparations like flower and cannabis concentrates are treated as secondary options, despite many patients preferring them. If access to these forms of cannabis are granted, there’s still the issues of high cost and inconsistent supply.

The persistent efforts of cannabis advocates are starting to finally turn the tide, and relaxed regulations have already started coming into effect. As of August 2019, the number of approved medical cannabis patients in Australia has risen to 2,893. Despite the growth, it’s still just a fraction of those in need and seeking access to cannabis.

Patients have three ways to be prescribed cannabis, and all must be ultimately approved by the Therapeutic Goods Administration (TGA), Australia’s federal body tasked with regulating therapeutic items, similar to America’s FDA. Getting a recommendation is the first step, but approval is only granted after review.

Patients are able to be recommended for clinical trials, and special use is granted as part of the study. These have a high likelihood of approval, but only take in a small number of patients. Otherwise, the lion’s share of patient approvals came about through the two other avenues.

The Authorized Prescriber status grants a medical professional the ability give expedited patient recommendations for causes associated with their specialty. Under this system, medical cannabis patients with stomach cancer can ideally go to the approved stomach-cancer cannabis doctor. This sort of specialization frees the doctor from filling out applications and submitting supporting literature on a case-by-case basis, but narrows the scope of their treatment. For example, an authorized doctor specializing in seizures can prescribe marijuana to a patient with epilepsy, but can’t help a patient who needs it for pain management or digestive issues. Faced with such limitations, few medical professionals have taken the charge to become authorized practitioners and many more would be needed to keep up with demand. As of August 2019, there are 57 Authorized Prescribers in Australia.

The other option to receive a medical marijuana recommendation is for a doctor to apply for a Special Access Scheme, which allows them to recommend the patient special access to unapproved medicines (in this case, cannabis). This can only be done if it is proven that other registered drugs are not as effective, which can be difficult given the conservative medical establishment’s skepticism regarding cannabis, and must be submitted along with documentation that cannabis has been an effective treatment for that ailment, which can be difficult given the limited available clinical research for support. 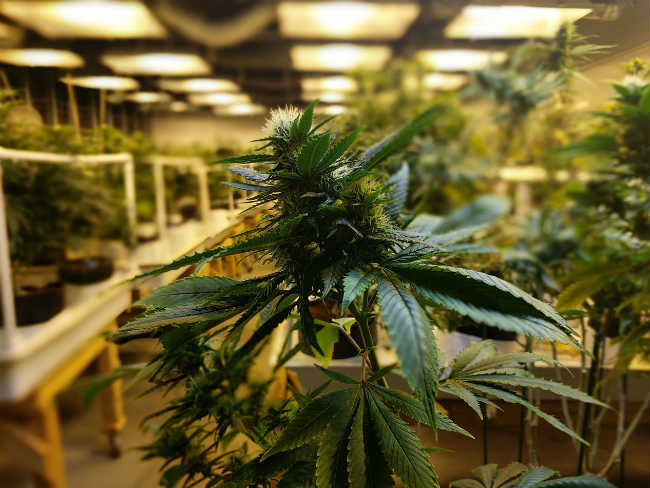 If a case is rejected, the patient and doctor are asked to provide more evidence, which has shown to have a decent success rate. However, this has also resulted in some patients waiting months for approval, and puts a heavy burden on doctors to supply supporting materials for each patient, ultimately driving them to be less inclined to recommend cannabis as a treatment option.

The SAS program has been significantly expanded throughout 2019 to make it easier for patients to apply and qualify, with some applicants even getting same-day approval. In September, officials tabled a Report on the Review into the 2016 Medicinal Cannabis amendments to the Narcotic Drugs Act 1967, and submitted recommendations to improve the current system.

The new recommendations would establish a standardized central pathway to patient approval, consolidate licensing to make “a single license to authorize all or some of cultivation, production, manufacture and research” of cannabis products, and disentangle hemp and CBD products from THC-based rules.

Ultimately, the report made 26 recommended changes or additions to the Narcotic Drugs Act 1967, relaxing regulations on all aspects of the market from patients to producers and even law enforcement.  Together these sweeping changes are expected to overhaul the Australian medical cannabis system and better handle the needs of countless medical cannabis patients.

Despite all the issues with getting medical marijuana within the country, getting it out of the country is facing far fewer barriers. With estimates for the global medical marijuana market surpassing $55 Billion by 2025, the Australian government has joined the small but growing group of nations, including Canada, Uruguay, and the Netherlands, in allowing medical cannabis exports. On news of this, stocks for the largest medical cannabis suppliers leapt 30%-50%. 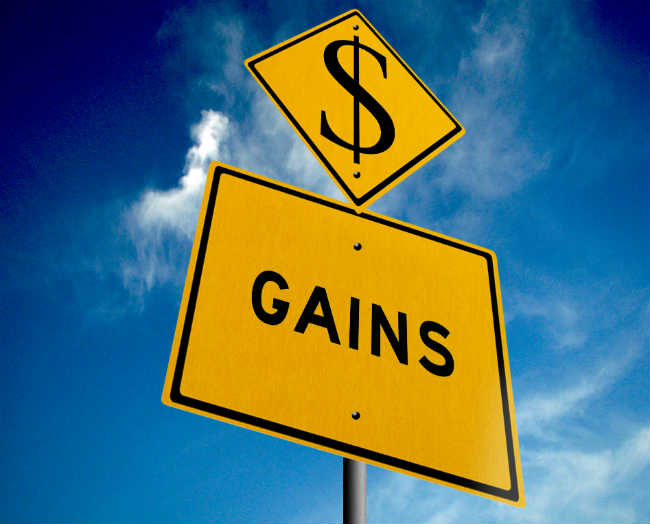 Be on the lookout for stock market opportunities in relation to cannabis exports. photo credit

Recently, Australian company Cannatek was given final approval build out one of the world’s largest medical cannabis production facilities, making progress towards many in the Australian government’s hopes to become the world’s number one medical cannabis supplier. Indeed, Australia’s ideal farming conditions could make it a strong contender, but regulations will need to be amended, quickly, to adapt to the new market.

Looking Forward to an Established Market

We can expect Australia’s cannabis production, as well as their research and development, will ramp up with the global medical marijuana market in their sights. The ability to sell in overseas markets, including Germany, Holland, and Spain, is a strong motivation to boost output. This will benefit medical marijuana consumers, whose access is hampered partly by Australia’s high cost of cannabis. Under new regulations, all export producers are required to fulfill local medical cannabis demands first, and increased supply will drive down costs. In aiming to be ready for export, the official approval of cannabis products is likely to be expedited and increased.

The basis for cannabis laws should be getting the most effective and appropriate treatment to those who need it the most. However, the future of cannabis laws in Australia, and most of the world, will most likely hinge on economics. Regardless of the motivation for change, Australian cannabis patients are primed to have better access to treatment than ever before. Three years ago, Susan Ley promised “seamless access to locally-produced medicinal cannabis products..." With these new changes, there’s hope the Australian government can deliver on that promise.

Is Australia doing enough to improve medical marijuana access? Let us know what you think! 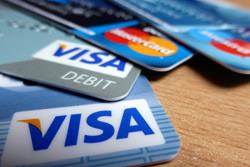 Are Credit and Debit Cards Accepted at Cannabis Dispensaries?

Are Credit and Debit Cards Accepted at Cannabis Dispensaries? 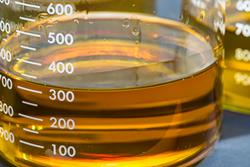