Since the first medicinal dispensaries were established, the cannabis industry has experienced a cash problem. And while the exchange of “greens for green” has been relatively easy and enormously successful, figuring out how to deal with all that cash has and continues to bedevil the industry. As long as cannabis remains federally illegal, dispensaries are faced with roadblocks to even the most basic tools of business banking, like opening a checking account or accepting credit cards as payment.


There’s also penalties incurred by dispensaries for submitting their taxes in cash while simultaneously being barred from deducting legitimate business expenses due to their products. According to the New Federalism Fund, all this adds up to cannabis companies paying an effective tax rate of 65-75%. Finally, there’s the issue of having a lot of cash around in one central location, such as people being tempted to steal it all the time.

So what’s the solution until federal cannabis banking reform is achieved? According to some in the industry, the answer lies in cryptocurrency.

Created in 2009, cryptocurrency is basically a peer to peer data transfer platform, except for exchanging units of currency instead of music or movies. Operating independently of a central bank, or even a central server, digital currencies are gaining in popularity as an alternative to established currencies like US dollars.

The first and most successful cryptocurrency is Bitcoin, which is accepted by over 100,000 vendors and may have up to 5 million individual users worldwide.

The technology for cryptocurrencies is open source, meaning that anyone with basic programming knowledge can make a cryptocurrency. Because of this, there are countless different ones in use and more being created daily. 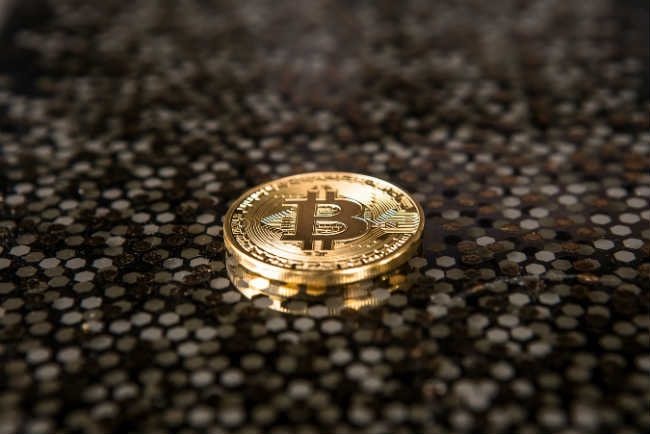 Bitcoin is known as the most popular form of cryptocurrency. photo credit

As a recently developed and expanding financial market, cryptocurrencies are ripe for new investors. Despite the extreme volatility that can cause the currency’s value to freefall, successful currencies can gain 10% a day in value, or even 100% before their value drops. The luckiest investors can have their coin’s worth grow up to 1000% percent in one to two weeks. Because anyone can create a cryptocurrency for any purpose, and anyone even remotely involved with the industry is aware of marijuana’s cash problem, it was only a matter of time before entrepreneurs began exploring the cannabis industry.

Currently, the top five marijuana cryptocurrencies are PotCoin, CannabisCoin, CannaCoin, DopeCoin, and HempCoin. While it may seem that there would be a burgeoning market for them, few appear to have gained any traction or further investments since their creation. Of the cannabis cryptocurrencies, PotCoin appears to have done the best but continues its struggle to gain relevance. 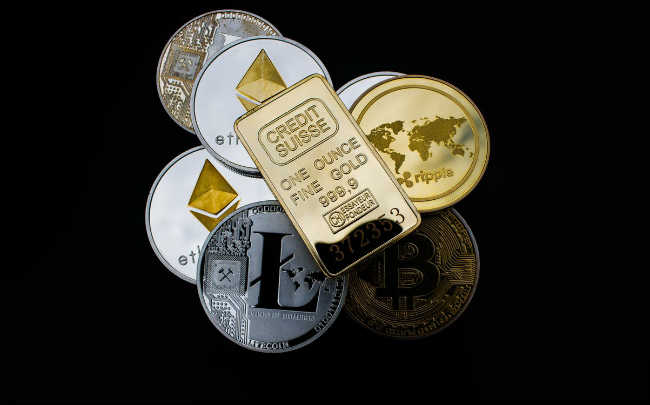 Launched in 2014 to much fanfare as a secure, cashless transaction method, PotCoin’s momentum soon stalled out due to a lack of vendors willing to accept it. It soon began passing through a series of different administrators. PotWallet, a cryptocurrency app similar to PayPal or Venmo, most recently took over PotCoin and is currently available for download. According to the company, new investment money has flowed in for a data-center in Montreal – PotCoin and PotWallet hope that this increase in processing power will revitalize the company. So far their success has remained aspirational, despite promotional stunts such as sending Dennis Rodman on a peace tour of Asia and even having him wear a PotCoin shirt during Donald Trump’s meeting with Kim Jong Un in Singapore.

The Validity of Cannabis Cryptocurrencies

It’s unknown how many dispensaries currently accept PotCoin, but at last count it was only a dozen. Because of this, the future of PotCoin remains shaky. They’ll require more merchants on board before they can experience widespread use – since no one wants to buy PotCoins if they can’t use them for pot!

In addition to adoption issues, there is the extra scrutiny that cryptocurrencies bring to an industry with already heavy government oversight. To ensure that no marijuana or products are diverted to the black market, either for sale or to avoid taxation, dispensaries must meet strict reporting standards. There are currently a number of software platforms that dispensaries use to report seed-to-sale data to state regulators. Since cryptocurrencies are federally unregulated and entirely digital, with no central server, this could raise flags, bringing extra scrutiny onto dispensaries. Federal interference would soon follow.

Of course, besides a lack of widespread adoption on the local marketplace and the threat of increased scrutiny if shops do accept alternative payment methods, the true challenge to marijuana cryptocurrency is this: the problems the cannabis industry faces that marijuana cryptocurrencies could help alleviate are already on their way to being resolved.

Lawmakers in Colorado are currently pushing for legislation that will allow cannabis dispensaries to claim standard business deductions. Other states that have ended cannabis prohibition will no doubt be doing the same to help this lucrative industry grow at the state level until marijuana is legalized federally, as it has been in Canada. There are also numerous companies that are working on credit card processing apps and services that can serve as a stop-gap to cannabis’ cash problem without the increased federal scrutiny that dealing in cryptocurrencies will bring.

Marijuana’s cash problem is and has always been a mousetrap waiting for someone to build better. However, until cryptocurrencies mature, guaranteeing market stability, consistent oversight, and widespread use, the world will not be beating down its door.

What are your thoughts on cryptocurrencies and how they might relate in the cannabis space? Why Cannabis Flower Will Always Be a Consumer Favorite

Why Cannabis Flower Will Always Be a Consumer Favorite