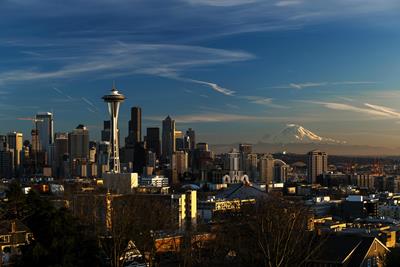 Seattle is known for many things. And cannabis tourism and activities are becoming a popular attraction. Seattle’s entrepreneurial spirit made it an early dot com boomtown, as companies like Amazon and Microsoft were founded in the northwestern city. It’s a place where wilderness, technology and counterculture coexist, where anti-globalization protesters and self-proclaimed anarchists rub shoulders with loggers and fishermen. Today, Seattle is as well known for cannabis culture and tourism as it is flannel shirts, a wall covered in gum, and those dudes who fling fish like rugby balls at Pike Place Market.

According to the Washington Times, pot dispensaries in Washington State have sold more than $1 billion worth of recreational marijuana since it was legalized in 2014. Bud is big business. But unlike Colorado, where cannabis-friendly hotels and "social lounges" are advertised, Seattle's businesses must have a cannabis license if they want to legally advertise themselves as cannabis-friendly. That means Seattle is something of a hidden jewel on the pot tourism circuit, a place where stoner sustainability is alive and well, but rainy days still outnumber the toking tourists. If you're looking for high times in Seattle, there's plenty to see and do in the marijuana-friendly city.

Stoners love blown glass as much as they love playing hacky-sack. Dale Chihuly and his team of merry pranksters have led the avant-garde development of glass blowing since 1971. Chihuly’s fine art can be seen in over 200 museum collections, but nothing compares to the Chihuly Garden and Glass Museum. Large, vibrantly colored glass sculptures bend and twist like psychedelic versions of Frank Gehry's architecture.

In the sun, Chihuly's pastel, Willy Wonka colors pinwheel and refract like a menagerie of fireworks. While Chihuly’s glass sculptures are lively and kinetic, there’s something soothing and tranquil about them, too; it's as if you're transported to an underwater kingdom. Cannabis lovers can get lost in the Chihuly Glass and Garden Museum for hours.

Seattle’s Fremont neighborhood was once a separate city, and its rugged individualism is summed up in its motto: De Libertas Quirkas, or “The Freedom to Be Peculiar.” Commonly called “The People’s Republic of Fremont,” the neighborhood is the counterculture heart of Seattle, the cosmic cousin of Haight-Asbury in its summer of love heyday or Christiania in Copenhagen, Denmark. Fremont’s free spirit is on full display during the Freemont Solstice Parade’s annual naked bike ride.

The neighborhood is recognized for its quirky sculptures and landmarks, including a statue of Vladimir Lenin (the largest in the U.S.) that was salvaged from Slovakia after the fall of Communism in 1989, the Fremont Rocket, and Waiting for the Interurban. The Fremont Troll, however, is the artistic highlight of the neighborhood. Created in 1990, the 18-foot concrete troll sits under the north end of the Aurora Bridge.

Located in the Ballard neighborhood of Seattle, Golden Gardens Park is an 87-acre green space situated on Puget Sound. It features wetlands, hiking trails, picnic and playground areas, and one of the best city beaches in the Pacific Northwest. Nothing beats enjoying a mellow strain of Northern Lights, watching a mind-blowing sunset over Puget Sound and spending a summer evening with the locals who’ve descended on the beach to enjoy its legal fire pits (and another round or two of Northern Lights).

The Woodland Park Zoo and The Seattle Aquarium

Sooner or later, it rains in Seattle, and when it rains, you need an indoor activity. Zoos and aquariums are tailor-made for potheads. Experience the high-definition sights and sounds of BBC’s Planet Earth without caching malaria in the Serengeti or altitude sickness on Everest.

The Seattle Aquarium is well worth a visit photo credit

There’s more to cannabis culture than bong rips and Cheetos crunches. When it comes to eating out stoned in Seattle, there are numerous places that won’t kill your buzz with white linen tablecloths and unpronounceable entrees. Favorite stoner haunts include Olympia Pizza and Spaghetti House III, which is described as “a conveyor belt that delivers mozzarella to your face,” the College Inn Pub, collegiately famous for its burritos and nachos (and the fact that everyone else in the joint is as stoned as you are), and Ezell’s Chicken, where juicy, hot chicken is embedded in a crispy, golden brown coating and best enjoyed piled atop a roll and slathered in Ezell’s world class chicken gravy. Meanwhile, Beth’s Cafe is legendary for its 12-egg omelets and 1950's-style milk shakes, and Hot Cakes Molten Chocolate Cakery specializes in S’mores kits and smoked chocolate chips in a mason jar.

Seattle’s official nickname is the Emerald City. While the name alludes to the lush, green spaces and evergreen trees in the surrounding area, since the legalization of marijuana, the Emerald City may as well refer to that magical place in Oz. 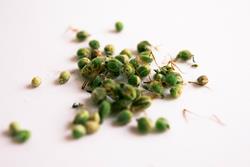 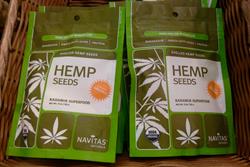