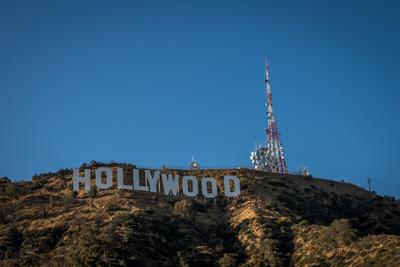 Six-lane freeways. Fast-talking movie agents screaming into cell phones... a la Entourage. Wannabe actors from the Midwest struggling to make ends meet. Stereotypes about L.A. are as abundant as the California sunshine. While fish tacos, pressed juice, surfing, and yoga – all of which are definitive hallmarks of L.A. – go mano-y-mano with cannabis culture, Los Angeles isn’t typically thought of as a cannabis-centric destination. But perhaps that’s because L.A. is modernizing marijuana’s stoner image, cleaning up its skateboard and hip-hop aesthetic and rebranding it as high art fit for the red carpet.

Artists, designers, and ganjapreneurs are working with “creative cannabis agencies” like Green Street to elevate L.A.’s marijuana industry, making it more transformative and idea driven. With the success of Proposition 64 in November 2016, which saw 57.13 percent of Californians vote “Yes” for legalizing recreational marijuana, cannabis tourism is about to go from indie to mainstream in the Golden State. Kick back and experience L.A'.s marijuana culture by enjoying the following cannabis friendly activities.

L.A.’s Toy District is a 12-block maze of Baby Jesus figures, Disney Frozen Princesses, novelty items, party supplies, jack-in-the-box psychedelia, and over 500 toy and electronics-related businesses. Los Angeles County has long been the gateway to most of the toys sold in U.S. retail stores.

The Technicolor streets feature two-story pastel buildings, curbside stalls and stands, and enough rainbow bright eye-candy to make you feel like a kid jacked on a three-day sugar high.

Yes, you’re in Tinsel Town after all, so a trip to the movies is mandatory. L.A. has no shortage of defunct and abandoned movie houses – the Art Deco glamor of the Roxie Theater, and many theaters like it has long decayed. Somehow, the Electric Dusk Drive-In has survived. There are only 338 drive-in theaters left in America, and the Electric Dusk Drive-In is the only one in L.A. The outdoor venue features films from the 80s, 90s, and 00’s. In other words, light up some Super Lemon Haze and journey Back to the Future.

Skip the Hollywood Walk of Fame and head straight to the Derby Doll Factory in downtown L.A. L.A.’s all-female roller derby league is an institution, a gladiatorial ring where players whip it on an elevated "banked track,'' their athletic prowess matched only by their medieval bloodlust. Featuring soaring skate speeds, a DJ who spins records between matches, a wide variety of food trucks and booze and an army of players with punk rock spirit, roller derby is a fast-paced and chaotic spectacle, a one-of-a-kind L.A. experience best enjoyed with a little toke of cannabis.

You'll want to spark up some sativa for this fast-paced event! photo credit

The City of Angels offers several unique tours and excursions, from glitterati and TMZ celebrity tours to Neon Cruises and tours of L.A.’s downtown graffiti and murals. The Warner Bros. studio tour is L.A.’s most popular tourist excursion, but unless you’re a die-hard movie buff or an aspiring celebrity stalker, it's not the best cannabis-friendly activity. An L.A. sightseeing itinerary needs something stranger and more off-beat. During the turn of the 20th century, several Storybook Style homes were built in L.A. Based in fantasy and Disney-like imagery, these historical, medieval structured oddities are a playful variant of the Tudor Revival period. Storybook Style homes look like a cross between a hobbit house and a Hansel and Gretel cottage (and we all know how much hobbits like pipe weed).

According to GQ and Eater, L.A. is the best restaurant city in the country. But with half of Hollywood on a Paleolithic diet, which is basically a caveman buffet of lean meats, nuts, berries and foraged roots, and the other half dining at upscale eateries where mash-up ethnic dishes are paired with $6 asparagus water, is L.A. really where you want to be when the munchies kick in? Yes, it is.

L.A. is a foodtopia of creative and delicious dishes, a stoner’s paradise where pizza, burgers, burritos, Asian food and food trucks can be found any time of the day or night. L.A.’s stoniest eats include the aptly named Blaze Pizza, 25 Degrees, which is a specialty burger joint, El Atacor – it rolls burritos so fat it uses two tortillas – Nickel Diner, which features in-house versions of Pop-Tarts and Ding Dongs and Mud Hen Tavern, famous for its Kaya toast, which is like one of those bizarrely delicious food concoctions you cobble together when you're stoned in the middle of the night with a few disparate ingredients in the fridge.

Blaze pizza always has you covered on munchies. photo credit

So there you have it, a pot smoker’s guide to L.A. While L.A. still has a ways to go before pot tourism flourishes (Amsterdam-style cafes, 420-friendly lodging and vineyard-like tours of marijuana farms are still hazy on the horizon), it’s a 4/20 destination that shouldn’t be overlooked. Call it a slow burn.

What’s YOUR favorite activity to do in California and why? 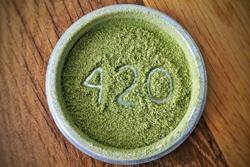 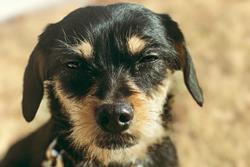 The 5 Best Pets for Stoners

The 5 Best Pets for Stoners