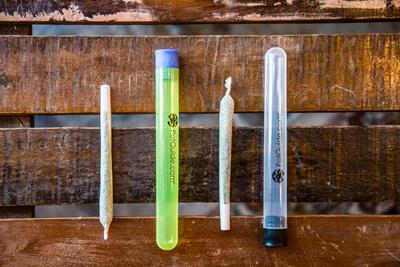 The internet is abuzz with interesting ways to roll up some ganja. It seems standard rolling papers are no longer sufficient when it comes to impressing friends and party-goers. No, these days, the coolest joints are either artistically designed or simply rolled using unique products.


Fortunately, there’s no need to spend hours perfecting your joint game just to show how bad-ass you are in the weed scene. All you need is a little creativity (don’t worry, we’ll help). But first, a bit of background on the history of rolling marijuana.

The History of Rolling Cannabis

Back in the day, cannabis was consumed primarily through pipes and hookahs. It wasn’t until the mid-1850’s that people started adding cannabis to tobacco cigarettes. A few years later, a similar cigarette containing cannabis, nightshade, and potassium nitrate was marketed medicinally for respiratory complications like asthma.

In the 1920’s and 30’s, marijuana cigarettes became increasingly popular in areas like Jamaica where the term “joint” was first coined. Joints became a communal activity, often used in ritualistic ceremonies to improve connection between consumers and facilitate conversations regarding religion and community.

Traditional joints seem to be losing their “wow” factor these days.

Pulling from this tradition, Bob Marley helped introduce the hippy culture to cannabis cigarettes as a form of connection and communication which quickly transformed into an act of rebellion and protest during the Vietnam War. Cashing in on the sudden popularity of rolled marijuana, paper companies began producing rolling papers catered to the cannabis community, complete with psychedelic packaging, variable sizes, and even built-in roach clips courtesy of the popular brand, Randy’s.

Today, rolling papers or blunt wrappers (a.k.a. “skins”) come in many sizes, flavors, mediums and sizes allowing you to choose from hemp, rice, or standard papers in flavors like vanilla, strawberry and so much more! Then again, if you can purchase all these things, so can everyone else (and what’s the fun in that?) If you want your doobie to stand out from the rest, then it’s time to up your game with unique things to roll a joint with.

Cool Items to Roll a Joint With

Cigarette papers may have been one of the first things people used to roll joints, but they’re certainly not the only thing. Cannabis cigars, for example, are rolled using left-over fan leaves with cannabis-infused oils as the glue.

Aside from fan leaves, there are several other unique rolling methods popping up:

There’s been a video circling the web of a woman rolling a doobie using dried rose petals. Though certainly not as easy as rolling with papers, the rose petal joint burns smooth and tastes amazingly floral.

To make the rose petal joint, simply dry a few food-grade flower petals in the oven on a low broil for a few seconds to remove excess moisture. The petals should be somewhat dry after this but still very malleable. Next, stick two to three petals together lengthwise until you reach the desired length. Add finely ground cannabis to the center then roll carefully between your thumb and index fingers. Seal with a small amount of saliva then pop into the oven again for a few seconds to complete the drying process.

This is one we admit never having tried but rumor has it, you can use fresh onion skins to roll weed. The skin should be from the outer layer of the onion so it is thin, but also freshly harvested so it is not too brittle. You’d roll it in the same basic manner as with the rose petals, resulting in an onion stew-flavored doobie. We suggest trying this one with a strain like Critical Jack (with its spicy, buttery flavor) for best results.

We haven’t tried this method yet, but be sure to let us know if you do! George Hodan
Ad

With harvest season in full force, dried corn husks are plentiful. Use one to roll a joint with by rolling in the same manner as above only this time, you may want to tie the joint together using spare fibers. The smoke is a bit harsher than standard papers but, provided the corn was cultivated organically, should be just as safe to smoke as regular papers.

Make sure you use pesticide-free corn husks only! Petr Kratochvil

Cannabis is more than just medicine or a silly pastime; it is a culture filled with interesting people, exciting activities, amazing products and unique ways to consume said products. If you’re ready to show off your passion for pot, then try one of these cool things to roll a joint with.

Do you have anything you’d add to the list? 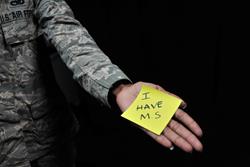 Cannabis and MS: The Best Strains for Multiple Sclerosis Relief

Cannabis and MS: The Best Strains for Multiple Sclerosis Relief 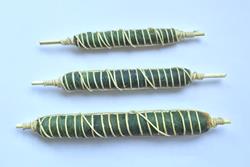 What Are Canna Cigars and How to Make One

What Are Canna Cigars and How to Make One