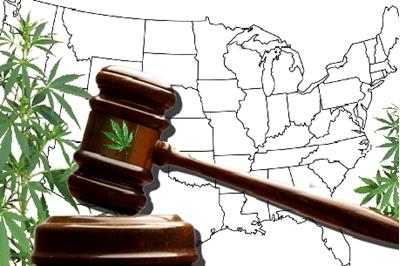 Cannabis reform is quickly sweeping the nation. To help keep you updated on the latest marijuana reform news, we’ve developed a quick summary of the most recent marijuana laws in the United States. But before we look at state-by-state marijuana laws, let’s look at what the federal government is doing to contribute to reform.

Federal Marijuana Reform in the Works

For the second year in a row, the Senate Appropriations Committee approved an amendment expanding access of veterans to medical marijuana by allowing VA physicians the right to recommend cannabis therapy to their patients in states where it is legal. They have also approved a bill which would prohibit the use of federal funds to interfere with state medical marijuana laws.

A U.S. bipartisan group has also been urging President Obama to remove research barriers on cannabis products in an effort to base reform on solid research instead of outdated ideology. President Obama has yet to respond to the letter signed by 27 U.S. senators and representatives, but we’ll let you know as soon as he does.

In 2014, Alabama became one of the first two states to allow limited access to a cannabis derivative, CBD, for select patients. The bill, known as Carly’s Law, allows doctors and researchers from the University of Alabama in Birmingham to prescribe CBD to select patients in order to study its effects. Alabama’s house and senate are now considering expanding the bill to protect patients who use CBD even outside of the clinical trial.

California lawmakers are considering passing Senate Bill 987 (pdf) which would tax medical cannabis users an additional 15 percent statewide in addition to local and state sales taxes. Many who oppose the bill worry that it would limit medical marijuana access to low-income families and individuals and are encouraging residents to #takeaction by contacting their local congressmen.

Marijuana tourism is huge in Colorado, which has reinforced the necessity of cannabis clubs, safe locations where tourists and residents can go to share a toke and a story with fellow consumers. Much like a bar, these locations would provide a safe place to consume cannabis -- which is especially important when there’s nowhere else to do it – but they’re illegal in the state.

Hence the birth of the Responsible Use Initiative, an ordinance that would legalize the establishment of cannabis clubs throughout the state. The initiative will require a majority vote this November and is garnering support through their Facebook page now.

Connecticut may soon allow medical marijuana patients under the age of 18 thanks to the overwhelming approval by the Public Health Committee. The proposed legislation, which may earn its name after 13-year-old, Cyndiemae Meehan, whose family moved to Maine to receive medical marijuana access, would require parental consent in addition to a doctor’s recommendation. The bill still awaits approval by the House of Representatives.

Orlando may soon join two other Florida cities in decriminalizing small amounts of cannabis. If passed, possession of under 20 grams of cannabis will only be considered a city code violation with a small fine of only $50.

Florida may also soon pass constitutional Amendment 2 allowing physicians to recommend cannabis to patients and permitting state-licensed medical marijuana distribution facilities. As it stands, no facilities are available to provide this service.

Medical marijuana is legal in Georgia, but that doesn’t mean it’s accessible. Despite the passing of House Bill 1 which allows the use of medical marijuana by patients will illnesses like cancer and sickle cell disease, patients are still not allowed to cultivate or purchase cannabis legally within the state. Instead, they must travel to other states and illegally transport their medicine back home.

In an attempt to solve these problems, House Bill 722 was introduced into congress which would have broadened medical cannabis access for patients. Despite state-wide voter support, the bill has failed to advance.

Cannabis use may soon be decriminalized in Illinois should Senate Bill 2228 pass through the House of Representatives. As it stands, possession of even small amounts of marijuana could result in jail time and hefty fines, but if the senate-approved bill passes, possession of up to 10 grams of marijuana will considered a civil violation and come with a small fine of $100 - $200.

Louisiana’s medical marijuana program is flawed in that it requires that cannabis be prescribed to patients. Due to the federally-illegal status of cannabis, however, it is unlawful to prescribe the Schedule I substance essentially stopping the program in its tracks.

In an effort to rectify this problem, the House of Representatives has introduced HB 1112 which would allow physicians to “recommend” (rather than prescribe) cannabis to patients. The bill would also help establish legal distribution centers and expand the list of qualifying conditions.

House lawmakers in Maine declined to pass legislation which would consider 5 nomograms of THC metabolites in the urine to be proof of intoxication. Failure of this legislation to pass further reaffirms the idea that metabolites do not prove intoxication and should therefore be only one factor when deciding a driver’s ability to operate a vehicle safely.

The Department of Agriculture now has permission to cultivate cannabis for research purposes thanks to the passing of House Bill 443 which received unanimous approval from both the House and the Senate. This has made Maryland the 26th state to approve of industrial hemp legislation.

The state has also approved House Bill 104 which expands the list of medical professionals who may recommend cannabis therapy including nurse midwives, nurse practitioners and others.

In 2012, Massachusetts became the 18th state to adopt medical marijuana laws. Four years later, it may become the fifth state to legalize marijuana recreationally pending voter approval. Should the ballot measure Campaign to Regulate Marijuana Like Alcohol pass during the 2016 November elections, adults 21 and older would be allowed to cultivate personal cannabis and/or purchase it from a licensed dispensary at a cost congruent with the local market. Marijuana taxes in Massachusetts will likely be lower than the national recreational average (around 12 percent total) with sales projected to begin in 2018.

This Missouri Department of Agriculture has granted licenses to two CBD-dominant cannabis cultivation facilities. The companies will be allowed to distribute their hemp extracted cannabis products at three locations each to qualifying patients who experience persistent epileptic seizures. The CBD products should be available for purchase beginning early Autumn, 2016 in St. Louis, Columbia and Kansas City doctor’s offices.

New Hampshire has once again killed a bill that would decriminalize marijuana possession in small quantities. This marks the seventh year in a row that the bill has failed to pass making New Hampshire the last state in New England to decriminalize cannabis.

At this time, New York has a very restrictive medical marijuana program which not only limits the number of dispensaries to 20 but also limits which doctors can recommend cannabis therapy to patients. There is an initiative in place which could change this, including a push to expand the number of distributors, reduce practitioner qualifications and expand the list of qualifying conditions to include Alzheimer’s disease, brain trauma, wasting syndrome and others. The bill would also permit the use of out-of-state medical marijuana cards.

The group Ohioans for Medical Marijuana has successfully launched a ballot initiative that aims to establish a statewide medical marijuana program. If successful, the initiative would allow doctors to recommend cannabis to patients, would establish legal distribution facilities and would protect patients from federal intervention among other things. Unlike Ohio’s last attempt at marijuana reform, this initiative is only geared toward the medical community.

The city of Pittsburg has also passed an ordinance which reduces penalties for limited cannabis possession. Possession will now be seen as a summary offense with fines ranging from $25 for possession up to $100 for public consumption.

South Carolina has two identical bills – one in the House and one in the Senate – which would permit the use of medical cannabis for patients with qualifying debilitating conditions. Though Senate Bill 672 has been defeated, House Bill 4037 remains pending. Should the bill pass, registered patients and caregivers will be allowed to possess up to two ounces of marijuana flower, one ounce of concentrates or up to eight ounces of diluted cannabis oil.

Vermont’s Senate Bill 241 to regulate marijuana for adult use failed to advance earlier this month, having narrowly missed the vote by 5-6. The bill has been favorably viewed in the past, however, so not all is lost in Vermont. The need for local support is at an all-time high right now so that lawmakers can be persuaded to vote favorably in the future.

Washington DC has permanently banned cannabis social clubs by a vote of 7-6. By neglecting the needs of cannabis tourists to have a safe place to consume cannabis, the District of Columbia might be doing more harm than good with this one.

15 years ago, we would have never thought that marijuana reform would become so prevalent in our country. Countless hours spent talking with friends over a doobie about how awesome marijuana legalization would be seemed like more of a fantasy than an impending reality. Nevertheless, here we are watching marijuana reform unfold before us at a neck breaking pace.

Is your state in the race? 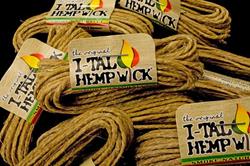 Why Hemp Wick Will Change Your Life

Why Hemp Wick Will Change Your Life

Too High? 9 Easy Ways to Reduce Your THC Buzz

Too High? 9 Easy Ways to Reduce Your THC Buzz