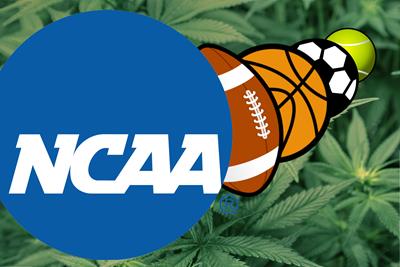 Or more accurately, organizations that create policies about marijuana are weird. Not so much with law enforcement, which generally follows hard-and-fast rules and uses specific standards for possession, sale and manufacturing. Rules and penalties may vary by state and quantities involved, but for the most part, The Man follows a certain set of rules, like it or not.

Having said that, organizations that govern sports are scattered across the boards in their diverse enforcement and possible penalties for cannabis use, possession and association. In some cases, violations of an athletic code may be more severe than a school disciplinary code. In other cases, the school may come down hard on a student-athlete academically, but their athletic eligibility may not be affected.

What’s worse is that some of these organizations try to keep up and evolve with changing state laws, differing rules at each schools, and general increase in acceptance and use by students.

The NCAA, one of the governing bodies of more prominent collegiate sports, has found itself in unusual positions in the last few years, including having to change its scale of when cannabis use is a problem and when it’s no problem at all.

For instance, in spring 2014, it announced a rule change that although marijuana may affect one’s mental state, it isn’t a performance-enhancing drug, so if it showed up on an athlete’s drug test, it would carry less penalties than the presence of steroids, Human Growth Hormone or other chemicals that could illegally give someone a boost to their playing abilities.

For five years prior to this ruling, the presence of marijuana and any other banned substance prior to a championship event or bowl game would merit an entire season suspension. With this change, marijuana would only net a half season.

But this still may not be a deterrent for football fans.

In 2015, after a strong football season, Oregon choked in the national title game. A factor in the loss was likely because two key players had recently tested positive for drugs, likely marijuana, and were suspended. Duck fans certainly weren’t happy with the consequences of the failed test, but others thought it was an opportunity for the NCAA to consider changing or at least relaxing its policies, especially since Oregon voters recently had approved recreational and medicinal marijuana in the state.

The NCAA testing threshold at the time was 5 nanograms of THC per milliliter of blood. The amount is stricter than the NFL which increased from 15 to 35 nanograms, Major League Baseball which is 50 nanograms, or the World Doping League, the organization that coordinates the Olympics, which has a 150 nanogram threshold.

By the end of the year, a large amount of NCAA schools were reducing penalties for those caught with cannabis, including repeat offenders. Some schools used to dismiss a player after the third detection, now he’ll receive a 30-day suspension.

If an athlete fails a random test, the NCAA will alert the college and let college officials decide if any punishment is merited. A first offense is up to the discretion of the school – it used to require mandatory counseling/in-patient care, but now it may require less.

However, regardless of a softening of suspensions for violations and not linking marijuana to worse drugs, the NCAA still maintains that the plant is generally not good for athletes. They argue that it could affect memory and cognitive problems, especially in the first 24 hours after use, and potentially lead to criminal activity. To the NCAA, the use of marijuana should be minimized, if not avoided all together.

But it’s not just college football programs that are seeing the changing perceptions and actions.

In 2011, two separate Washington State University basketball players were suspended for one game apiece for marijuana possession. Less than 2 grams were found in one student’s car, and another small amount was found in a student’s room.

While schools like the University of Oregon seem to suspend less, other institutions are pushing for expanded rules. For example, failing a first test at the University of Georgia means the player is automatically suspended for 10 percent of the season, which is three basketball games or one football game.

Overall in 2016, expect to see schools continuing to offer what USA Today has described as “murky and inconsistent” in their marijuana policies. Having said that, there will be a move toward less severe punishments. We’re hoping that with the constantly expanding legalization across the US for both medical and recreational use, our athletic institutions will begin to approach this topic with a bit more understanding. 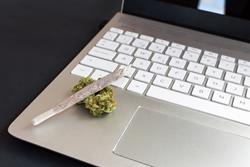 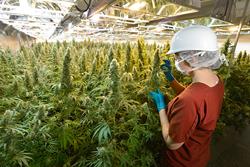