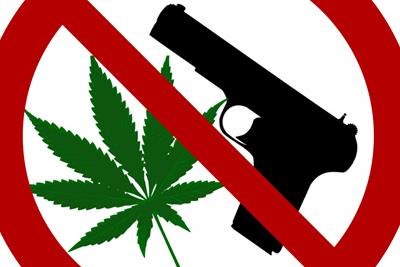 Are you a medical marijuana patient? Own a gun -- or want to? Legally, you can’t do both.

In fact, 67% of Americans support better gun control laws after the recent wave of gun violence in America. Those who oppose the change fear more restrictive laws could jeopardize individual safety.

The debate on the issue is hot, but none know the struggle better than the medical marijuana patients who find themselves caught right in the middle.

According to the Gun Control Act of 1968, “Anyone who is an unlawful user or addicted to any controlled substance” is banned from owning a firearm. Because marijuana is still federally illegal, anyone who uses cannabis – including medical patients – is barred from owning guns. Medical users must admit their marijuana use on Form 4473 or face perjury charges.

Gun owners who are caught illegally handling cannabis may face severe punishment due to federal statutes that set mandatory sentencing for drug offences involving firearms at five years in a federal prison for the first gun and 25 years for each additional one.

Such was the case with Weldon Angelos who was sentenced to 55 years in federal prison for slinging marijuana with a few handguns in his possession. Paul Cassell, the retired federal judge who ruled on the case, says he regrets the ruling but that his hands were tied due to minimum sentencing regulations.

The Reason Behind the Restriction

Restricting firearms from medical marijuana users is another product of the drug war. It was intended to help curb dangerous criminal activity by enhancing punishments for dangerous drug dealers. The idea was to keep firearms away from people with narcotic addictions who might misuse them thereby harming themselves or others. But, a specific part of the Gun Control Act (Section 18 U.S.C. § 922(g)(3)) has some unintended consequences.

The Second Amendment guarantees citizens the right to bear arms and many state governments have legalized medical marijuana use, but the two do not coexist very well. This forces patients to choose between the medicine they need and the protection (or perhaps fresh deer meat) they are constitutionally-promised. Even the safest, most law-abiding citizen is restricted from owning a gun if he or she admits to marijuana use. This makes marijuana patients more vulnerable to attack from either perpetrators or our own government via the drug war.

Dispensary business owners are especially susceptible as they, too, face firearm restrictions. Their businesses (which often house thousands of dollars in cash profits due to federal banking restrictions), are becoming more attractive to thieves who understand the value of marijuana products on the black market.  Some estimate that as many as half of all marijuana businesses, specifically dispensaries, will be robbed or burgled at some point. Unfortunately, because of marijuana’s federal status, many security companies avoid taking on cannabis clients.

Exceptions to the Rule

Companies like Blue Line Protection Group and Security Grade Protective Services, which are owned and operated by veterans, have been filling the void for cannabis security thanks to the federal government’s promise to “look the other way” in terms of professional cannabis security. These security companies have shown great success thanks to teams of committed veterans who have been trained to handle defensive situations, are committed to the business despite the risks and who, quite frankly, deserve well-paying employment upon their return from deployment.

There have been a few challenges to the federal ban on gun ownership for marijuana patients. One of the most well-known of which is the case, Willis vs. Winters in which Oregon Sheriffs withheld concealed handgun licenses from applicants solely due to their medical marijuana use. Plaintiffs purported that applicants had submitted an otherwise favorable registration and that legal marijuana use was not a sufficient reason to deny a Concealed Handgun License. The Supreme Court ruled that federal law does not preempt state laws and required the sheriffs to issue the CHL anyway.

The group, Colorado Campaign for Equal Gun Rights, aimed to establish new legislation which would protect Colorado medical marijuana patients from restrictive gun laws by proposing the Colorado Concealed Handgun Permits Initiative. The initiative would have amended the Colorado constitution to disallow county sheriffs from denying firearm permits based on marijuana usage alone. Unfortunately, the initiative failed to garner enough signatures to appear on the 2016 ballot.

Not many people know that the government has made it very difficult to be both a medical marijuana patient AND a gun owner. Although getting your medical marijuana card is getting harder and harder, if you choose to be both, proceed with caution as the consequences can be huge.

Do you think marijuana users should be allowed to own a firearm? Tell us why or why not. 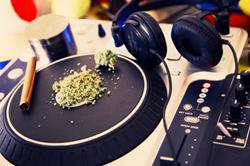 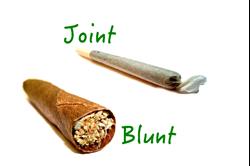 Joints, Spliffs & Blunts: Do You Know the Difference?

Joints, Spliffs & Blunts: Do You Know the Difference?