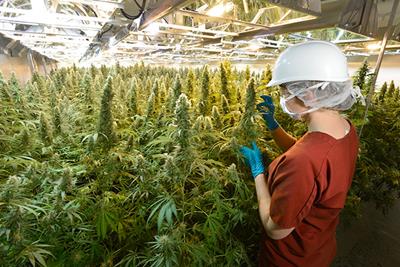 Marijuana is often praised as a healthier option compared to things like alcohol, prescription drugs or even snack foods -- but is it healthy for our environment? Aside from the smoke that’s produced as a byproduct of its consumption, marijuana cultivation and processing requires a LOT of energy, and can produce a considerable amount of pollution in the process.

What is Marijuana Pollution?

Marijuana pollution is an unsustainable byproduct of marijuana cultivation and is especially troublesome among illegal grow operations. With no regulatory oversight, these grow ops can cause excessive environmental damage including high greenhouse gas emissions, irresponsible water use and dangerous fire hazards.

Many illegal growers prefer indoor cultivation because it is discreet, easy to control and can accommodate multiple grow cycles per year. According to Mother Jones, roughly one-third of America’s marijuana supply is cultivated indoors and the energy needed to power these indoor grow ops is enough to power around 1.7 million homes. As energy is used, greenhouse gases like carbon dioxide and methane are produced at a rate of two pounds of CO2 per joint.

But it’s not only the indoor grow ops that are posing a problem. Throughout the country (especially in California where the weather is favorable) massive illegal grow operations are taking place on private and federally-owned land. Hiding under the canopy of old growth, these outdoor grow ops are difficult to detect which makes regulation and environmental enforcement nearly impossible.

In order to cultivate cannabis successfully in secluded locations, growers must bring in their own nutrients, pesticides and supplies, and will often divert local streams to water the crops. The process requires a considerable amount of land conversion with little to no consideration for the surrounding environment. The consequences can be dire to local wildlife who may ingest toxic pesticides and fertilizers, or who may have their whole habitat removed only to be left in shambles three months later.

Marijuana Production and its Environmental Impact

The Environmental Protection Information Center has outlined some of the most common threats cannabis cultivation poses for the environment in an attempt to educate the public and promote positive, enforceable marijuana reform.

Some of the biggest concerns outlined by EPIC are as follows:

In order to reduce the amount of illegal grow operations in America (and the environmental damage they cause), we need to lift the federal ban on marijuana. In doing so, we can closely monitor legal, compliant grow operations to ensure they are meeting protocol without damaging the environment. This will also help reduce the demand for a marijuana black market thus making the risk of illegal cannabis cultivation less enticing.

As long as there is an illegal marijuana market, there will be illegal grow operations to meet demand. These illegal grow ops don’t necessarily account for the damage they cause and therefore often leave a negative impact on the environment.

What do you think should be done to address marijuana pollution? 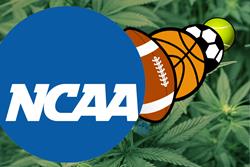 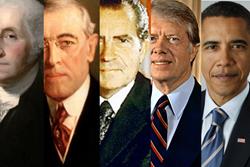