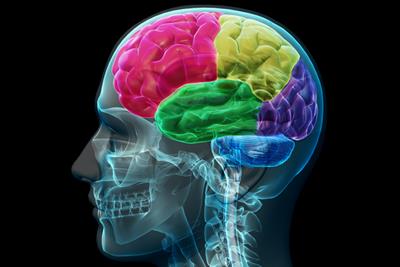 Brain growth is not exclusive to adolescence. The human brain experiences neurogenesis well into adulthood which interestingly enough, seems to be improved with the use of cannabis.

That’s right folks, cannabis use might actually improve brain functioning and promote neurogenesis despite popular claims of the opposite.

According to a study conducted back in 2005, a THC-like substance used in rat models caused neurogenesis in the hippocampus, the part of the brain responsible for things like memory and emotions. Unlike most other drugs that cause cellular damage, heavy doses of cannabinoids like THC and CBD may, therefore, actually be a good thing for many people.

Here are just a few examples of people who could benefit from cannabis’ neuroprotection.

Though premature babies are more likely to survive today thanks to medical advancements in the field, they are still more susceptible to neurodevelopmental disorders like epilepsy and cerebral palsy. Much of this risk stems from a lack of oxygen because their little lungs aren’t developed enough at the time of birth.

In an attempt to mimic oxygen-deprived brain damage that premature infants so often face, researchers starved baby pigs of oxygen then administered both low and high concentrations of CBD oil to the animals. Surprisingly, these baby pigs showed complete recovery in all eight areas of the brain mere weeks after administration. Though human trials have yet to occur, the results of this baby pig study could save millions of innocent lives in the future.

Neurological disorders occur within the central nervous system (consisting of the brain, spinal cord and peripheral nerves) which means they can affect both cognitive and motor functions. This devastating transformation can begin at any point (though the likelihood increases with age) and can result in a lifetime of terrible discomfort or worse.

Cannabis therapy has been shown to improve neurological processes, thus reducing the occurrence of neurological disorders or at least slowing their onset. This is because both THC and CBD control inflammation, reduce excitotoxicity (cellular damage caused by the over activation of receptors in the brain), improve cellular support and reduce mitochondrial dysfunction.

Some examples of neurological disorders that can be treated with cannabis include:

Americans love their football. With 32 teams playing in the NFL plus 70,000 college and 1.1 million high school players, it is quite obviously our nation’s favorite sport.

Some estimates suggest that the average high school football player will experience between 900 and 1500 sub-concussive brain injuries per season, and will often not fully recover between hits which only makes the damage worse. Long-term consequences of these injuries can include confusion, dizziness, headaches, reduced cognitive functioning and an increased risk of Dementia and cardiovascular diseases.

With lab tests showing that mice who experience brain trauma recover faster when given cannabinoids, many speculate that the same could be true for professional athletes. The idea has so much merit that Harvard psychiatrist, Lester Grinspoon, has written an open letter to the NFL insisting that they fund the research needed to confirm the benefits to humans.

Referencing medical records of brain trauma patients over a three year period, researchers have discovered that those with cannabis in their systems at the time of injury were almost five times more likely to survive than those who had none. According to the data, of all of the patients admitted to the hospital testing positive for THC, just 2.4 percent died whereas 11.5 percent of THC-negative patients died.

This was the first study of its kind which noted real neuroprotective properties of cannabis on human patients, but will certainly not be the last. With marijuana legalization sweeping the nation, more data will become available and more conclusions made about the medical applications of cannabis

Depression and anxiety are the two most common reasons people claim to use marijuana, and for obvious reasons: marijuana makes people happy. But the long-term effect of cannabis on mental illnesses has been hotly-debated, usually on the premise that marijuana could eventually exacerbate the issue.

But some researchers claim that marijuana can improve depressive symptoms by activating a sometimes faulty endocannabinoid system. These claims are backed by studies in which neurogenesis in the hippocampus marked a reduction in depressive-like symptoms. When cannabinoid receptors were blocked in this brain region, depression returned indicating a correlation between depression and low hippocampal activity.

We've come a long way from the old adage that marijuana makes people dumb. In fact, contrary to popular belief, cannabis has actually been shown to improve brain functioning, reduce brain damage and protect the brain from traumatic injury.

Would you treat a traumatic injury with cannabis? Why or why not? 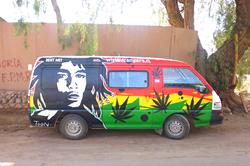 The History of Ganja in Jamaica

The History of Ganja in Jamaica 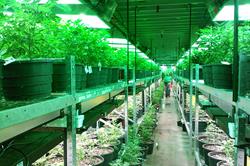