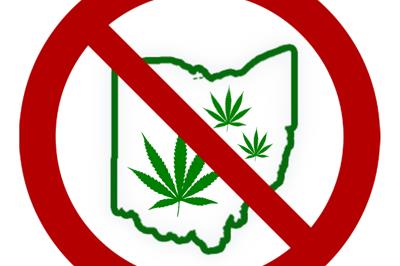 Marijuana is finding its way to the ballots much more frequently these days, as more and more people begin weighing in on the issue. One of the most recent ballot measures took place in Ohio just a few weeks ago but failed to pass by a margin of almost 2-1.

The measure would have amended the constitution to allow both recreational and medical use of marijuana, and would have licensed up to 1159 dispensaries or 1 per 10,000 Ohio residents. Like other recreational states, tax revenue from marijuana in Ohio would have been used to fund industry support and other community services, and would have made businesses in the industry billions of dollars in the process.

So why did the amendment fail at the polls despite the fact that the majority of Ohio voters support marijuana legalization? To answer that, let’s take a closer look at the details of the amendment that would have made recreational marijuana consumption legal in Ohio, better known as Issue 3.

In an attempt to cash in on the green rush, a group of investors got together to draft a proposed constitutional amendment (Issue 3) that would legalize and regulate both medical and recreational marijuana simultaneously. Headed by the organization, Responsible Ohio, the proposed amendment would make it legal for anyone over the age of 21 to purchase and consume cannabis from licensed facilities around the state.

But there was a problem.

Included in the amendment was the provision that only 10 site owners could operate cannabis dispensaries with potentially one more in a few years if supply couldn’t meet demand. These 10 sites were pre-determined and included in the amendment which many feared would result in a marijuana monopoly of sorts (though, technically, a small group of businesses would be called an oligopoly rather than a monopoly).

Proponent of the measure included a number of big name celebrities including Nick Lachey, former member of the boy-band, 98 Degrees, and Arizona Cardinals Defensive End, Frostee Rucker.  Many would-be supporters such as the Marijuana Policy Project and the Drug Policy Alliance have chosen to distance themselves from the issue, however, stating that Issue 3 is better left on the table for reasons of an unfair corner on the market.

To address these concerns, another group called the Citizens Against Responsible Ohio drafted Issue 2 which limits amendments that create special privileges or economic advantages for non-public groups, individuals, corporations and organizations. Issue 2 narrowly passed with 51.58 percent of the vote, stopping Issue 3 in its tracks.

The Future of Marijuana Reform in Ohio

The group, Legalize Ohio 2016, has drafted their own marijuana reform proposal which closely mimics others around the nation. The proposal includes an open market for both recreational and medical marijuana sales, age and purchase restrictions, and strict labeling and storage regulations. Ohio residents would also be allowed to cultivate a limited number of personal cannabis plants and be allowed to retain the full amount of harvest no matter what the final weight.

The amendment needs at least 360,000 signatures to be on the 2016 ballot, a process the group claims is in its last phase already. Ohio residents can sign the petition at a number of locations. All signatures must be collected by July 1, 2016.

Marijuana reform is inevitable. With more states voting on marijuana policy now more than ever, it is apparent that the people are ready for change. But that change must be carefully planned.

As Ohio’s Issue 3 has shown, marijuana legalization can be taken for granted, especially when big money throws its hat into the ring. To make the industry as beneficial to the public as possible, it is important take to the polls and vote for what you feel is right, (but only after reading the fine print).

Do you think Ohio will legalize marijuana in the 2016 elections? Why or why not? 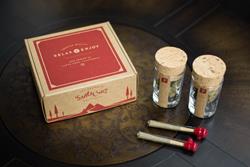 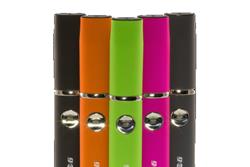