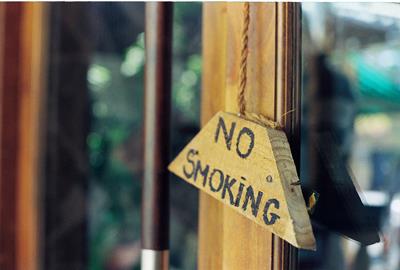 There are so many fun things to do around Denver -- sights, sounds and spirits galore -- but there are also things you should absolutely avoid if you want your trip to Denver to be the best possible experience, specifically when it comes to consuming cannabis.

Here are seven most important things NOT to do on a trip to Colorado!

1. Buy pot off the streets

Just because there is a legal marijuana market here in Colorado doesn't mean that the black market has gone away. In fact, if you search Craigslist, you could potentially find hundreds of growers and patients eagerly trying to sell their excess green. But purchasing marijuana from anywhere other than a licensed facility is both illegal and dangerous, so we strongly recommend against it.

Some of the risks of purchasing marijuana illegally in Colorado include potential contaminants in the product and issues regarding the quantity being sold. For example, if you are from another state, you are only allowed to purchase seven grams at a time and only allowed to possess up to one ounce. If you purchase more, you could be fined anywhere from $100 to $100,000 depending on the quantity (eight ounces or more is considered "possession with intent to distribute").

Finally, purchasing from the black market negates what we've been working to achieve here in Colorado. Though some "independent distributors" might tote the best possible prices, the profits (both economically and socially) are lost. If you support the marijuana movement, then support those who have been working hard to establish it as a legitimate business. Support your local dispensaries!

Your budtender may have one of the coolest jobs around -- and they know it. Chances are, your budtender will have more information about the strains on the shelves than you even knew was possible, but one thing they won't have is the ability to negotiate.

Unlike street dealers whose prices are based on a loose profit margin (largely determined by how much of their product they'll be consuming), budtenders are only authorized to sell you the exact amount of weed you request (within the limits, of course) at the exact price listed in their systems. They cannot throw you an extra nug because every nug has to be accounted for, and they cannot offer you an extra discount any more easily than your local grocery store clerk can. They are employees who have a job to do, and if you hassle them too much, they can kick you out without selling you.

I remember my first Rockies game of 2014 very well. My family and I were enjoying a great game from our Rock Pile seats when I smelt a familiar smell; someone a few rows behind us had just taken a hit of weed. Even though my initial thought was, You can do that, now?, it's simply not the case.

Even though you can purchase marijuana from a store, you still can't use it in public. This goes back to regulations put into place by the Clean Indoor Air Act in 2006 which limited public smoking to reduce unwanted second-hand smoke. Recent marijuana regulations have adapted the bill to reduce public marijuana consumption even farther, including the restriction of places like bus stops, amusement parks, sidewalks and sports arenas.

4. Smoke in your car

Whether or not you’re moving or parked, it is still illegal to use cannabis in your vehicle. In fact, you're not even supposed to have cannabis accessible to you while driving (transporting your weed should be done in the trunk or in a sealed and locked container until you reach your destination). If you are pulled over after smoking, you can receive a DUI with as little as five nanograms of THC in your blood stream. Consequences of a marijuana DUI range from a fine to possible jail time, so don't risk it. Get where you're going before lighting up and don't drive until you're sure your head is clear.

Warning labels and dosage instructions are there for a reason. Even if you're a seasoned toker with a history of high tolerance, if you ignore the dose of your edible or potency of the strain, you could be in for a bad time.

Though the chances of a cannabis overdose are practically nil (or perhaps impossible according to LeafScience), an uncomfortable high can still last up to eight hours or more depending on the dose. The effects will be much more extreme if used in conjunction with alcohol or other drugs (often resulting in "the spins").

6. Travel across state lines with weed

Even as more states legalize marijuana, taking your Colorado bud across state lines is still a big no-no. That's because marijuana is still illegal federally and, even though the federal government no longer claims jurisdiction over states who have voted to regulate cannabis, interstate travel is still federal jurisdiction. If you’re traveling to another state where marijuana is legal, regulation in other states is still far different than ours here in Colorado, so take note.

7. Leave your stash in the wrong place

If you're planning a marijuana-themed vacation, you'll likely be stocking up on your own canisters of legally-purchased cannabis and a selection of correlating paraphernalia. But when it's time to go home and you can't bring it with you, be careful where you leave it.

According to a story published in The Cannabist, an unwitting tourist did just that when he visited Denver last year. Thinking it'd be a friendly gesture to leave a nice "tip" for the housekeeper, he left what green he didn't use on the table of his hotel room. When he got home, he found an additional $200 smoking fee attached to his hotel bill (though he hadn't smoked in the room) because the strong odor of cannabis made it difficult for the hotel to rent the room out for a few days.

Though the fee was eventually reimbursed to the gentleman, the situation is still real. Therefore, in order to avoid unnecessary fees, don't leave your extra stash in a non-smoking hotel or rental car.

We are really excited that you've chosen Colorado as your vacation destination, and we want you to have the best possible time while you're here. Help keep your marijuana vacation from turning into a total buzz-kill with these important things to avoid while visiting our fine state!

Do you have any experience with the things on this list? Is there anything you think we should add? Comment below or let us know on Facebook. 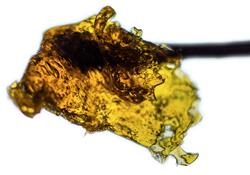 How to Consume Marijuana Concentrates

How to Consume Marijuana Concentrates