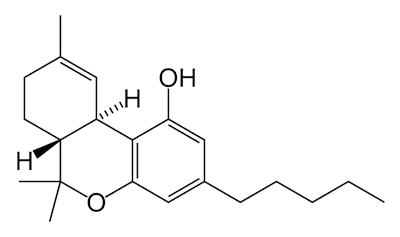 Cannabis is so much more than a plant. Because it contains more than 80 known cannabinoids (which can be divided into subcategories based on basic function), cannabis has the potential to keep us whole, both in health and in life. That's because they work with the body to relieve pain, promote (or reduce) hunger, and ease the mind.

Cannabinoids are chemical compounds that bind with specific receptors throughout the body in order to provoke physiological change. Though cannabinoids are produced naturally within the body (called endocannabinoids), they can also be found in the cannabis plant (these are called phytocannabinoids) or generated synthetically.

According to Dr. Dustin Sulak, a medical cannabis professional and NORML contributor, the main objective of cannabinoids is to maintain homeostasis, or balance, within the body. This is the reason cannabinoids have been shown to essentially kill cancer cells while leaving surrounding, healthy tissue virtually untouched.

But just how do cannabinoids interact with our bodies to promote good health? In order to understand this, we must first look at the endocannabinoid system.

The endogenous cannabinoid system (named after the plant that aided in its discovery) is a naturally-occurring system of specially-designed receptors located throughout the body of all vertebrae species. Because this system has only recently been discovered, however, its specific function has yet to be determined. It is believed to help serve as a mediator between different parts of the body by helping regulate pain while reducing inflammation, for example.

Though different cannabinoids can affect the body differently, the location of the receptors on which they adhere to also plays an important role in determining the psychological impact of cannabis. For example, though high concentrations of the cannabinoid THC have been shown to induce anxiety (in addition to other psychological changes), another cannabinoid, CBD can counter those effects by binding (and thus blocking) cannabinoid receptors in the brain. Therefore, if paranoia or anxiety is a concern, finding a strain that is high in CBDs could help reduce the unwanted effects of THC.

Likewise, if you can block THC -- a known appetite stimulus -- from bonding with CB receptors in the hypothalamus (the area of the brain responsible for hunger) with the cannabinoid THC-V, you can suppress your appetite despite an enhanced olfactory system. That's right: the proper strain of weed can actually help you avoid the munchies .

Thanks to the many different strains on the shelves today, you can choose the right cannabinoids to customize your experience based on your specific health and recreational expectations. If you'd like to relax after a long day, for example, you can choose a strain that is high in CBN which has a sedative effect, or one high in CBDs to promote the regeneration of tissue (which is especially beneficial if you've been ill or if you have a particularly strenuous job).

Cannabinoids play a vital role in maintaining our overall health. Whether produced from within or derived from the cannabis plant, cannabinoids help regulate many different parts of our well-being -- from pain management to anxiety relief to comfort in social situations – and mediate our bodies and minds to promote balance.

Have you considered customizing your cannabinoid intake? What specific benefits do you hope to get from your next cannabis experience? 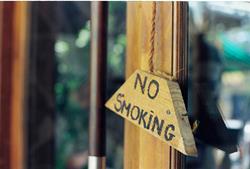 Top 7 Things NOT to Do on a Visit to Colorado

Top 7 Things NOT to Do on a Visit to Colorado