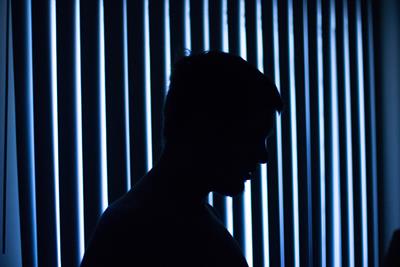 Many Americans experience depression, and often treat it with prescription antidepressants to help relieve their distress. But with the rise in antidepressants and related concerns about addiction and withdrawal, many have begun seeking other options. Though therapy remains the best treatment for depression, the time and monetary commitment involved can make this kind of treatment difficult for some.

Fortunately, cannabis has been shown to improve depression (no matter how severe), and it can do so quickly and affordably. But before we get into that, let’s take a look at what depression really is and why it’s so important for those who suffer from it to get the help that they need.

Depression is a debilitating condition that can wreak havoc on an on a person and the people around him or her. Characterized by persistent or repetitive feelings of sadness and helplessness, those who suffer from the disease can find it hard to work, interact with loved ones or even take care of themselves; suicidal tendencies are also common.

Children with parents who suffer from depression are especially vulnerable to the effects of the illness and often grow up to have difficulty making decisions, have an increased discomfort in social situations and have a predisposition to anxiety and depression in the future. Unfortunately, hormonal changes, stress at home and difficulty maintaining friendships make mothers of young children especially prone to depression; women over the age of 30 are more than twice as likely to suffer from depression as men.

Though the symptoms for depression are pretty typical in both men and women (feelings of sadness and helplessness, problems sleeping, irritability and aggression) the warning signs can differ slightly. Women, for example, are more likely to rehash a depressive episode or event while men are more likely to self-medicate with alcohol or sex. Men are also more likely to become aggressive and cast blame while women are more likely to feel guilt over their condition and the stress it causes.

Treatment for depression has risen by 400 percent since 1988. Though there is a lot of speculation about the reason for this increase, the point remains certain that people want relief from their depression. And, though prescription antidepressants have been shown to be an effective way to treat depression, they only really seem to work for those who are severely depressed (those with mild to moderate depression showed no improvement compared to placebo). In other words, thousands of Americans might be over medicating simply because they are desperate to find relief from their symptoms.

Cannabis has been shown to improve depressive symptoms by stimulating the endocannabinoid system and increase neurogenesis, similar to the way many anti-depressants do but without the required daily regimen. Cannabis also has more mild side effects compared to many popular anti-depressants (including physical pain, trouble sleeping, fatigue and sexual dysfunction; not to mention potential birth defects if taken during pregnancy).

As long as the strain is correct and the dosage is accurate, marijuana can be a very effective treatment for stress, depression and anxiety by allowing the person to either focus on the situation objectively or by offering peace of mind enough to forget it for a while. In other words, Bob Marley was right; "When you smoke the herb, it reveals you to yourself". This can be hugely beneficial to those suffering from depression, and can be used in a hurry (by smoking for vaping the product) or be maintained throughout the day (with patches or edibles) the way one might take an antidepressant. Best of all, withdraw symptoms are comparatively minor and include irritability, problems with focus, and difficulty eating and sleeping.

Recent studies also indicate that cannabis can be an effective treatment for trauma-induced anxiety. One such study, published in the Journal of Psychopharmacology found that CBD (a non-psychoactive but extremely restorative cannabinoid) can help promote the extinction of learned fear responses. Those who suffer from Post-Traumatic Stress Disorder are, therefore, excellent candidates for therapy involving CBD.

Though there has been some controversy surrounding marijuana's role in mental health (because of a seemingly consistent correlation between the two), it is unlikely that cannabis itself contributes to the disease. In fact, if we look at the number of people who use cannabis (many of whom aren’t depressed) compared to the number of people who are depressed (many of whom do not use cannabis), it seems entirely more likely that those who suffer from depression or anxiety do so to self-medicate. Cannabis, itself, does not seem to contribute to chronic depression.

One study surveyed over 4,000 people, asking them about their marijuana use and depressive symptoms using The Center for Epidemiologic Studies Depression scale and found that marijuana use (whether frequent or not) did not contribute to an increased rate of depression. (It was noted, however, that those who use cannabis medically were, in fact, more likely to be depressed than recreational users, but this implies that depression is likely related to other conditions, not weed.)

As it stands, there simply isn't enough research to assert that cannabis definitively improves depression. Depending on the strain and the dosage, the effects of cannabis on mental disease is largely variable. But that doesn't mean that marijuana shouldn't be used to treat depression or PTSD if the individual prefers it. In much the same way a person is encouraged to "shop around" for the ideal antidepressant, so, too, should they be allowed to choose cannabis. Because, sometimes a cloud of smoke really can bring about clarity. 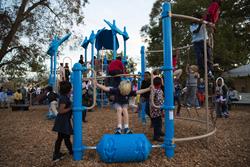 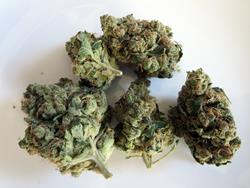