Every bud with purple leaves isn't Purple Haze, and every skunky sativa isn't Sour Diesel. However, regardless of a weed strain's specific name – or that name's accuracy or origins – each plant's buds and byproducts have specific properties that make them unique. To paraphrase Shakespeare, a strain by any other name would still have those same properties. So why do most dispensaries and consumers still rely on these names, and what do they actually say about the products they identify?

It turns out the answer is almost as nuanced as weed itself. The differences between strains aren't always quantifiable, but after decades of selective breeding and marketing, they do tell some interesting tales about the marijuana industry. Learn how the practice of naming weed strains has evolved over time, and why some strain names seem to pop up everywhere.

What's in a name?

Some strain names, such as OG Kush and Northern Lights, have such powerful connotations that they're applied very liberally or used to describe general properties that pop up in multiple strains. They might even be appropriated by growers and distributors whose products are far inferior to the original strain. Specific strain names technically refer only to plants that share genetic qualities with the original strains. However, even if a specific strain is developed and grown by a single person, every harvest doesn't result in identical products.

For the casual consumer, the qualities that distinguish one strain from another aren't always easy to quantify or keep consistent. More importantly, specifics such as scent, THC content or color may differ from one harvest to the next, and most of these properties are sensitive to storage and consumption methods. That's why it's important to understand the true meaning of a weed strain's name.

Every new strain originates as a completely unique plant that was cultivated and cross-bred for several generations. Breeders form new strains by cross-breeding indica, sativa and/or hybrid strains with one another for years. The final strain is the genetic offspring of female and male plants that had promising qualities of their own, and many of today's most popular strains have very famous parents who paved the way.

While it's common for similar names to be applied to products that were grown completely independently, even the original source is often up for debate. The most popular strains also court the most controversy, with breeders and consumers alike making conflicting claims about their origins.

White Widow is one such strain. Green House Tolstraat, a Netherlands cannabis company with coffee shops and seed farms, won the Cannabis Cup grand prize when they debuted the White Widow strain in 1995. Their new strain also won the Bio Cup at the same event. However, Dutch Flowers was right behind it, taking the second-place honor for their own version of White Widow.

These two White Widows aren't even the only contenders for the original name. Others support the claims of a German breeder named Ingemar, who says he discovered the hybrid seeds back in the 1980's. This is just one example of a story that has repeated itself throughout the years. As different breeders and seed banks try different combinations and manipulate plants to have certain properties, similarities are inevitable.

Today, White Widow is one of hundreds of popular weed strains that you can find at almost every seed bank. Most claim authenticity, but there's no universal test that proves your plant is a perfectly pure clone of a specific plant. In fact, this is a subjective criteria that doesn't even apply to the clones of exclusive strains grown in one location. As old strains are reinforced and new strains emerge through cross-breeding, the only guarantee is an overwhelming variety of choices.

Medical dispensaries and seed banks have spent the past two decades engineering new strains and marketing the specific qualities of each one, effectively creating a demand for specific strains and establishing an illusion of brand consistency. Now that decriminalization and legalization is rapidly spreading and recreational weed is available to millions of Americans, there are also more commercial weed strains than ever before.

If you enjoy weed regularly, you've probably encountered the same strain name at multiple dispensaries or smoked with friends who insist their average stash comes from a famous plant. Some weed strains are indeed more common than others, and many growers and distributors take creative liberties or capitalize on high-profile trends to make their plants more appealing. However, the most important properties of any weed strain depend on your reasons for consuming it, your expectations of the product, and the methods employed by the breeders, growers and distributors who handled it. 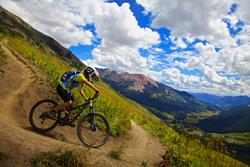