The stoner stereotype has been busted yet again with more and more athletes testing positive for marijuana. When athletes like Clifford Drusinsky claim to use marijuana to help train, it's hard to imagine the "couch-locked stoner" stereotype sticking around much longer.

Of course, anyone who's ever smoked a strong indica can attest to the relaxed, sleepy feeling that often accompanies a good toke. So why are athletes using marijuana to train and recover? And what is its impact on athletic performance? Today, we'll settle some of the confusion about marijuana and exercise in hopes of inspiring someone to train smarter -- or at the very least, go for a jog.

In an article published in Men's Journal, award-winning triathlete Clifford Drusinsky not only admits to regularly smoking pot, he claims to use it as a training tool to improve endurance.

Drusinsky, owner of the Denver gym F.I.T.S. Conditioning, says that consuming marijuana (usually in the form of a cannabis-infused energy bar) prior to training helps improve his endurance by reducing muscle fatigue and making otherwise boring training sessions much more bearable.

While research notes that marijuana's anti-anxiety properties might increase motivation to exercise by reducing stress, it doesn’t seem to directly enhance performance in the same way that other performance-enhancing drugs might (such as increased muscle mass or pumped-up aggression levels); quite the contrary, in fact.

Because marijuana has been shown to slow reaction time, impair cognition and decrease maximum exercise performance, it is actually more likely to reduce performance ability in certain situations. Athletes that engage in extreme sports like snowboarding, rock climbing or motocross are especially vulnerable to the negative effects of marijuana. Ironically, athletes that engage in these activities are also typically the most likely to use marijuana, despite the increased risk it poses.

Sports that focus on endurance, however, might actually be improved through the use of marijuana. According to some, using cannabis before a training session helps maintain focus and good form while distracting the mind from pain and discomfort. This, coupled with marijuana's anti-inflammatory properties, has many endurance athletes boasting marijuana's potential benefits.

Of course, the benefits of marijuana go well beyond training. For those who find it difficult to stay motivated to exercise directly after consuming cannabis, it may be better to save the smoking session until after a visit to the gym. This not only encourages the athlete to replenish lost calories, but also helps the body recover after a strenuous workout -- a vital yet often overlooked aspect of successful training.

Interestingly enough, exercise alone may be enough to make an athlete feel "high" whether or not he or she consumed cannabis directly before working out. This sensation, commonly referred to as Runner's High, holds many theories about its cause, though none have been definitively proven.

One theory suggests that Runner's High may be caused by a release of endorphins throughout the central nervous system. Endorphins are the chemical responsible for decreasing pain and thus, may have been a key player in terms of our evolution, allowing us to power through the discomfort as we run to catch food or save our hides from danger.

Though this theory is valid from an evolutionary standpoint (reduced muscle pain might increase endurance) it does not necessarily explain why runners feel happier or more euphoric after exercise. Because endorphins are too large to pass through the blood-brain barrier, their presence in the limbic system does not prove their presence in the brain. Perhaps the euphoric feelings associated with Runner's High are in response to feelings of pride for accomplishing a goal, or perhaps there are other chemicals at play, too.

Recent research suggests that Runner’s High may actually be caused by a release of endocannabinoids (cannabinoids that are produced by the body) that act on various CB receptors throughout the brain and body. These chemical compounds might therefore be responsible for both reduced muscle pain (due to their interaction with CB2 receptors) and an increased sense of euphoria.

If we look at endocannabinoid production during exercise from an evolutionary perspective, we can venture to guess that they may produced in order to encourage exercise in mammals. There is already a multitude of evidence that suggests the benefits of regular exercise including increased energy, reduced health problems and improved self-esteem, but sometimes it's just so hard to get off of the couch.

But, when our bodies can create a natural "high" just by exercising, we (like many other mammals) might actually enjoy it and thus want to keep doing it over and over and over (if anyone has ever wondered why a hamster will run for hours on a wheel that won't go anywhere, this might be the answer).

For regular cannabis consumers, a Runner's High might be accompanied by an actual, THC-induced head and body high, too. That's because THC binds to fat cells throughout the body. When fat is burned through exercise, residual THC will find its way back into the bloodstream where it will work its wonders once again.

Though this can be a nice bonus for an average afternoon run, it is important to note that this could result in a positive drug test immediately following the training or exercise session. This is especially true for people with higher body mass indexes (BMIs); the more fat that is in the body, the more THC might be stored there, too.

The good news is that marijuana users tend to have lower BMIs in general, with lower rates of obesity and lower resting insulin levels. This is all despite a higher caloric intake of approximately 600 kcal per day suggesting that marijuana might actually help regulate insulin and improve metabolism. In other words, there may really be something to the marijuana diet after all, especially if exercise and proper nutrition are involved.

Using marijuana in conjunction with a regular exercise regimen can be beneficial in many ways including increased endurance levels and improved recovery. It can also reduce pain and stress associated with strenuous exercise while allowing one to focus on form and technique while training.

Would you use marijuana to help you train? Why or why not? 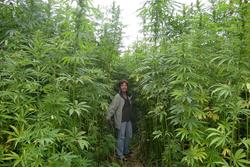 Why You Should Care About Hemp History Week

Why You Should Care About Hemp History Week 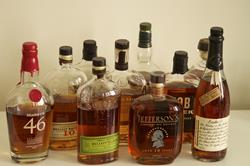