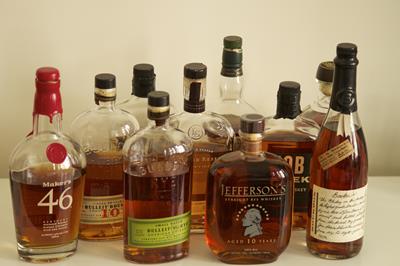 Whiskey is a tradition that has been created, developed and refined over centuries. Much like a fine marijuana strain, it is meant to be savored slowly, drawing special attention to its finer, more delicate flavors.

With the expansion of marijuana legalization, we now have the opportunity to enjoy a variety of new experiences which includes pairing whiskey and fine cannabis strains in a manner that boasts both sophistication and discerning taste.

Whiskey is a distinct line of distilled alcohol which includes subsets like scotch, bourbon and rye. Typically rye, corn, barley and/or wheat are combined in different strengths, and once fermented, the brew ages in wood casks to infuse more flavor. Taste and aroma change with age, the type of wood used for barrels, the balance of grains and the quality and source of the ingredients.

Though there are countless variations that contribute to the different types of whiskey including land of origin, region, resources and procedure, the basic differences between types of whiskey can be summed up as follows:

Marijuana legislation has not only made it easier and safer to find quality cannabis products, but it has also created a demand for strains that boast exquisite flavor in addition to their unique highs. Both experienced and novice users are quickly becoming more interested in finding the perfect strain and drink for the occasion at hand. To pair whiskey with marijuana, focus on the subtle flavors of each. For example, the strong oak flavor of whiskey pairs nicely with OG Kush and its woody, earthy flavors.

Here are a few ways you can find the perfect marijuana and whiskey duo:

A Word of Caution:

Some of the best whiskeys contain very high alcohol levels, so it is strongly advised that they be used responsibly. Over consumption of either of these products may not only be dangerous, but counterproductive, as well.

These are sophisticated sipping whiskeys recommended to enhance or add context to your marijuana use. Marijuana legalization lets you choose to select and serve a marijuana strain and fine whiskey for an evening at home, an after-dinner mellow with friends, or an occasional special event -- enjoyed best in moderation.


Have you tried pairing marijuana with whiskey? If so, what’s your favorite duo? 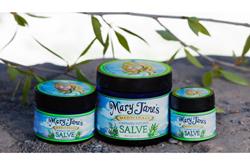 10 Unique Cannabis Products You Have to Try

10 Unique Cannabis Products You Have to Try 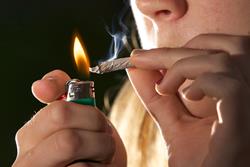 Choosing the Best Strain For Your Marijuana Experience

Choosing the Best Strain For Your Marijuana Experience