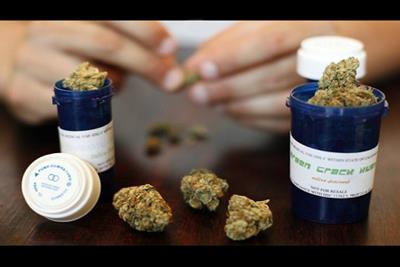 Our nation’s debate over the benefits and legalization of medical marijuana is as polarizing as the upcoming election. Today, the majority of Americans (51% according to Gallup) support legalizing medical marijuana for its health and recreational benefits. Although legalization will likely play a major role in the 2016 presidential campaigns, it is also going to be an important issue on your state ballots. So, where do you cast your vote?

To help “spark” some healthy debate, we’ll walk you through the key pros and cons of cannabis.

The Doctor is in:

The proven and anecdotal benefits of medical marijuana are so varied that you might be tempted to call it a wonder drug. Caregivers prescribe medical marijuana to control chronic anxiety, reduce pain associated with arthritis and recurrent muscle issues, increase appetite in patients suffering from eating disorders, treat glaucoma, stop seizures, slow Alzheimer’s disease, alleviate digestive diseases such as Crohn’s disease, and halt the progression of cancer to name a few. No big deal, right?

Some studies also suggest that marijuana is a safer mood altering substance than alcohol. While more than 17.6 million Americans are addicted to alcohol according to the NIAAA, only 9% of heavy pot users are at risk of becoming addicted. Unlike alcohol, you can’t overdose on cannabis and early research shows very few conclusive long-term effects of smoking pot.

On the flip side, research also cites marijuana as a catalyst for schizophrenia and other neurological disorders, sexual dysfunction, memory loss, and lethargy. So who is right? The answer lies in research. Like any prescription, having a strong understanding of a drug’s interactions with other substances and its possible side effects allows providers to administer it safely and effectively.

Currently, only 6% of studies on marijuana focus on the medical benefits of its compounds. It’s hard to make an informed decision about the benefits of medical marijuana without more credible research.

Medical marijuana is currently legal in 23 states and the District of Columbia (with states such as Washington, Colorado, and Nevada leading the pack for unrestricted legalization). As more states legalize marijuana, research companies will be more inclined to invest in the latent benefits of this plant and improve its long-term medical and economic impacts.

For example, scientists believe they can isolate the cannabidiol (THC) compound that causes memory loss and heighten the pain-relieving tetrahydrocannabinol (CBD) compound to make medical marijuana more effective and less risky when used for pain management. Similarly, understanding how CBD stops cancer from replicating harmful cells by limiting the ID-1 gene could lead to an enduring cure for cancer.

In addition to the untapped physical benefits of medical marijuana, the production and legalization of this drug could generate much-needed stimulus for our economy and pose unique, new opportunities for biomedical and pharmaceutical powerhouses.

In states where marijuana is legal, cannabis accounts for more than 3% of tax revenue. California’s medical crop alone is worth $14 billion per year according to the Huffington Post. The potential of this multi-billion dollar industry to heal the sick, create jobs, pump funds into the market, and trim off billions of dollars in law enforcement is evident (particularly when you factor in the $36 billion of annual sales in illegal marijuana and the $13 billion spent on prohibition efforts).

Medical marijuana still presents a lot of unknowns that make that a pro/con list hard to weigh (even if your dime bag isn’t). While a lot of signs point to amazing medical potential, the long-term effects of use are, indeed, unclear. That said, it’s probably safe to say that cannabis is no more dangerous than alcohol and has been proven to provide far more meaningful, medicinal benefits. At the very least, the verdict is in from the American public: marijuana’s classification as a level one substance - on par with ecstasy, cocaine, and heroine - is limiting the research necessary to unlock pot’s potential.

And there’s no time like right now to make a change. For the first time in history, our president has acknowledged the plant’s innocuous nature. In Obama’s famous quote, he notes, “as has been well documented, I smoked pot as a kid, and I view it as a bad habit and a vice, not very different from the cigarettes that I smoked as a young person up through a big chunk of my adult life. I don’t think it is more dangerous than alcohol.” While not a glowing review, it does show a shift in our country’s attitude toward the drug.

Gone are the days when pot was a feared gateway drug that led straight to the depths of a meth-littered basement. Instead, our public is willing to admit that, despite the unknowns, cannabis is worth exploring and may just hold the key to some miraculous medical discoveries. 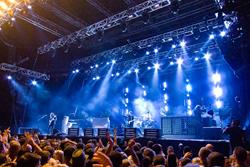 How to Sneak Weed Into a Concert

How to Sneak Weed Into a Concert 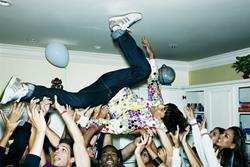