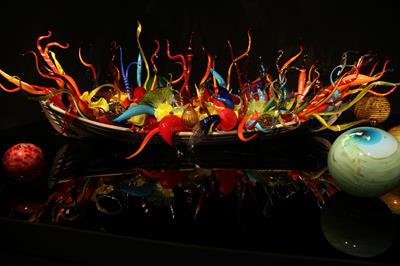 Washington is one of the few states that have legalized recreational marijuana. There are still plenty of laws about how much you can buy and where you can smoke, but the rules are still more liberal than those of most states. Stop by these top 10 places in Washington to get the most of your legal high.

Pot smokers love glass art. It's hypnotically beautiful, and it makes great pipes. You won't find any bongs at Chihuly Garden and Glass, but you will get to experience the natural world as envisioned by one of the world's greatest glass artists.

Dale Chihuly's exhibitions include a large garden where glass takes the role that plants normally play. Glass flowers hang from the ceiling in brilliant reds and oranges, while bright blue stems sprout from the ground. It's weird enough when you're sober. It's absolutely badass when you're pleasantly stoned.

Step right up for your very own chance to smoke with Jimi Hendrix! Actually, the police are well aware that you and everyone else is itching to smoke with Seattle's famous statue of Jimi. Since public imbibing is still illegal, you'll want to smoke up before you head down Broadway. It's still pretty cool, though.

When you're wandering around Seattle's South Lake Union area, point yourself toward Yale Avenue. Eventually, you'll stumble upon LICK Pure Cream, one of the city's most delectable ice cream shops. With flavors like bananas foster, blueberry pie, and rim coffee cake, you'll never want to leave.

There was once a rainforest that stretched all the way from Alaska to central California. Most of that has died, but a small piece still thrives at Hoh National Rainforest. The thick foliage and colossal trees make it seem like an unending scene from the Lord of the Rings. You'll expect a magical creature to run across your path at any moment.

Who could blame you for rolling a J as a thick fog settles across the valley? Probably no one… as long as you share.

Kurt Cobain enjoyed weed so much that he named one of his songs "Marijuana." The entire chorus has Kurt scream-singing the word mari-juan-a over and over. The song didn't make it onto In Utero, but you can still listen to a good demo version online.

Unfortunately, Kurt isn't around to enjoy legal weed. Do Kurt a solid by getting baked and visiting Kurt Cobain Riverfront Park in his hometown, Aberdeen.

Macrina is one of Seattle's best bakeries. Everything there is hand-formed and freshly baked. Do you really need more reasons to make a visit?

Chiefing on a fine Sativa blend will give you all the energy you need to enjoy recreational activities at Stevens Pass. Take your mountain bike on the trails during summer, or bring your skis along for a thrilling ride in winter. Just remember to set some time aside for gazing at the area's natural beauty. No matter the season, Stevens Pass is a treasure for adventurous pot aficionados.

If you get the munchies while you're exploring music and science fiction exhibits, duck into the full-service bar for a snack. You'll also plenty of wines and beers to quench your parched throat.

Here are three reasons why you have to visit Mount Rainier while you're stoned:

Since it's a federal park, you'd better leave your bowl at home. Roll a joint and smoke before you enter. Like in Colorado, you don't want to carry pot onto federal land.

Choice buds deserve choice brews. Few things will quench your thirst like one of the award-winning sour ales from Engine House No. 9. The fruit and hop aromas mix perfectly with a pungent strain. Of course, if you're not into sours, then you can quaff one of the brewery's delicious Saison, IPA, or Belgian beers.

Engine House No. 9 also has plenty of food on the menu. The burgers are tasty, but nothing will appease your hunger like the pizza. For the perfect meal, enjoy a spliff, a sour, and a slice.

Washington is leading the country in legalizing recreational pot. Get there and enjoy before every toker in the nation relocates. 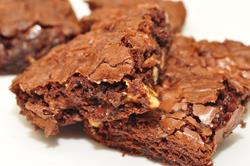 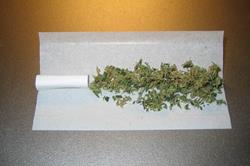