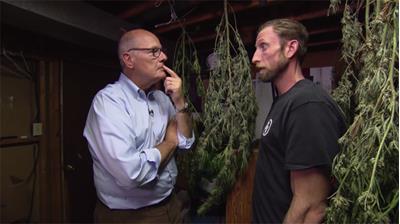 Just a heads up that CNBC is premiering a one hour documentary tomorrow, January 5th at 9PM ET/PT  that revisits the Colorado marijuana industry one year into recreational sales.  They are covering some interesting topics, including the black market export of pot to other states, marijuana use in the workplace, the popularity of edibles and more.   Here’s the full release

A year after Colorado passed one of the most permissive pot laws in the world, CNBC and correspondent Harry Smith return to the state to chart the rise of a new American industry and report on the results of this unprecedented social experiment.  Smith profiles the most successful marijuana merchant in Denver, who hopes to expand his family-run business to other states as they follow Colorado’s lead and legalize the sale of marijuana for recreational use.  He explores the new world of cannabis-infused edibles and the sale of pot brownies, chocolates and even soda, which has led to some confusion and controversy over dosing and portion size.  CNBC cameras also follow two pot dealers – one of them a U.S. Army veteran – who profit from a black market that funnels the drug across state lines and continues to thrive despite the new law.

This CNBC original documentary examines the issue of pot in the workplace, as Colorado employers work to reconcile a more open marijuana culture with workplace rules that enforce zero tolerance.  Harry Smith talks to Brandon Coats, who awaits a State Supreme Court ruling that could ripple across the country.  Coats was fired from his job when he tested positive for THC – the result of an act that was legal according to the state.   Smith also reports on the plight of medical refugees, a fellowship of hundreds of families that have moved to Colorado to obtain medicinal marijuana they can’t get in their home states.  Confronting a landscape of unprecedented business opportunities and unintended consequences, Colorado Governor John Hickenlooper tells CNBC, “When you’re doing this for the first time, there’s no template.” 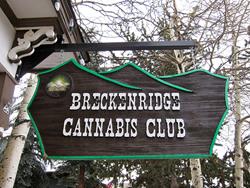 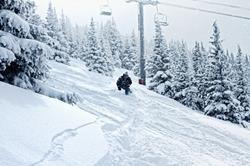