Colorado may be forced to forgo many types of marijuana edibles due to new regulations requiring products to be labeled “THC!” on both the packaging and the product itself. The new THC warning label is intended to prevent more accidental cannabis ingestion than previously established regulations alone.

The new regulations are outlined in House Bill 14-1366 (pdf) and require that all products be stamped, colored or otherwise marked with the symbol of a diamond and the letters “THC!” inside to warn children and unsuspecting adults about the contents of the product. The bill builds on a previous bill that prohibits cartoon characters on packaging, anything that resembles other common food products, limits dosing to 10mg pieces (with no more than 100mg per package for recreational products) and requires that all products be packaged and sold in F-1 Grade pharmaceutical packaging.

Why Was This Implemented?

These new regulations stem from the concern of more children ingesting cannabis than in previous years. According to data collected by Rocky Mountain HIDTA (pdf), there has been a steady increase in pediatric marijuana ingestion, but remains relatively low compared to other substances. In 2014 for example, more than 5,000 kids under the age of five were poisoned by pain killers, cosmetics and cleaning products – 33 have been treated for marijuana overdose. In other words, when it comes to accidental ingestion of marijuana-infused goodies, it seems we have bigger fish to fry.

The Difficulty of Stamping Products

Though some products can be modified to meet these requirements – namely candy and chocolates -- the stamp will be difficult to add to porous baked goods, ice cream, drinks and powdered mixes (including Mad Hatter’s cannabis-infused hot cocoa which I am totally not cool with). So, while some companies struggle with clever ways to mark their product, others contemplate doing away with some popular products all together.

“Marking and stamping certain products is really difficult, so I will have to reevaluate my entire product line,” Jaime Lewis, owner and founder at Mountain Medicine told High Times. “My whole new line of coffee, almond and soy milk beverages may not be viable to keep in production.”

For patrons who prefer baked or liquid edibles, the demand for the products may push them back into the black market where anything goes. Citizens of Colorado can produce any edibles they like with no restrictions on labels or potency, which could fuel the very underground economy that legalization aims to do away with.

This is especially concerning given the fact that homemade cannabis edibles are often over- or under-dosed. When someone consumes a homemade edible without proper dosing instructions or accurate information, they are much more likely to experience an unpleasant overdose. The same goes for children who may or may not know the “secret ingredient” hiding in their mother’s freshly-baked pan of brownies.

Is This Really Needed?

These new regulations are not only excessive and costly to accommodate, but they slow progress for reform. With so many regulations burdening the marijuana industry -- without the same oversight on cosmetics, cleaning supplies and other household hazards, I might add -- the notion that cannabis is inherently worse for the public than these other, more deadly products could deter other areas of the nation from pursuing marijuana legalization. With all eyes on 420-friendly states like Colorado, Oregon, Washington and Alaska, it is important that we deliver a solid model for reform.

Excessive regulations on the marijuana market do not add value or a greater deal of protection for the public. Instead, they demonize cannabis and perpetuate the notion that marijuana is something dangerous that should be feared. Organizations like the Cannabis Chamber of Commerce and the Infused Product Advisory Council will challenge many of these new regulations next spring, but in the meantime, we must stand up against these restrictions and show the rest of the nation how to do marijuana reform right.

What do you think of the new marijuana edible regulations? Are any of your favorite products in jeopardy? Comment below to tell us about it. 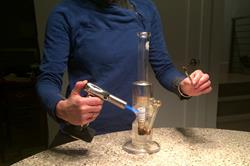 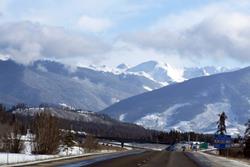