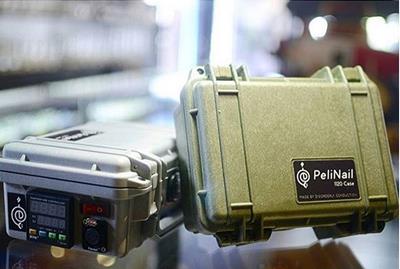 The most common item that’s associated with dabs is the butane torch. Whenever you see someone firing up a torch these days, it’s likely what they are heating up will be doused in hash shortly. This has been a great technique thus far, but the strive to improve our daily life has resulted in an alternative that makes more sense, provided the circumstances. Using an electric coil to keep your nail at a steady temperature not only will improve the amount of concentrates that you vaporize, but it will also bring an entire new pallet of flavors to your tastebuds.

Electric nails are often metal boxes with a port for a coil, a switch or two, and a PID that gauges your coils current temperature. Usually the gauge can be turned on separately from the coil to allow the user to prevent themselves from getting burned. Coils come in two different sizes; 16 and 20 millimeters, and will only work with nails that have been designed for coils of that size. Setting a temperature is crucial to the overall experience considering that the main feature of the unit is maintaining the adjustable temperature steadily. Using a carb cap is essential as well, causing the chamber to billow up during a low temp dab after it’s thrown on top.

The benefits of going electric for your nail’s heat source makes the decision to grab one a no brainer. Your nail will stay cleaner because you’re not burning the hash but rather vaporizing it at the optimal temperature of your choice. Not only will what you’re dabbing on stay clean, but your lungs will thank you as well. Low temp dabs are a sure way to prevent them from getting irritated while medicating. The flavor profiles that you would never otherwise be familiar make an appearance, which also gives a fuller high due to a fuller presence of the available terpenes. Think about all the money that you spend on butane torches and the cans of fuel needed to fill them. Now imagine being able to minimize that expense while always staying up to temperature at all times as opposed to waiting for the nail to heat up and cool down.

Certain new technologies only work around E-Nails, like sapphire inserts and titanium screens for full melt. The inserts are put atop the nail and the hash is then applied over it to provide a more even vaporization of the product. The sapphire would cool torched titanium much too quickly, whereas the electric deliverance of consistent heat makes it work like a charm.

Another technique that is exclusive to the plugged in option are the titanium screens that get used when people don’t want the remnants of the full melt they’re indulging in drop below and cover the dish of their nail. Usually they rest on the center pole as the hash is dropped on it, making for a less messy cleanup.

Are E-Nails for dabbing right for me?

Overall, the electric nail makes complete sense for those that medicate in the same place (like their house) and are seeking something that will improve the application of their concentrates and the time required to do it. You will certainly still need the torch for your on the go experiences, unless you’re shopping for a unit that can come with you on the go. Although they can be as costly as thousands of dollars for the customized ones, they also can go for as low as a couple hundred dollars, proving that as usual, there’s a price that matches everyone’s budget in the market. 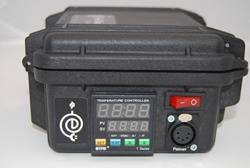 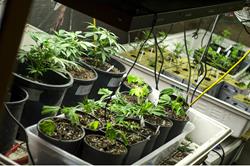