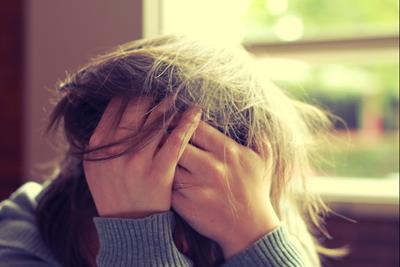 There tends to be some confusion concerning the correlation between marijuana and anxiety. Some insist that it promotes anxiety while others claim it eases it. There are also some who believe it could increase the likelihood of developing chronic mental illnesses like anxiety, depression or even schizophrenia.

Does marijuana cause anxiety? Or relieve it?

Overindulging in marijuana can be scary and uncomfortable, often resulting in a very real panic attack. This experience has turned many off of the herb, but perhaps needlessly so.

Typically, the characteristics of a particular high are determined by the strain and cannabinoid profile that's been consumed. For example, strains that are high in THC (the psychoactive chemical that marijuana is most popular for) have been shown to induce anxiety because of its interaction with the amygdala, or the part of the brain that regulates emotions. If someone were to overindulge in edibles or consume a strong sativa strain (such as Head Cheese or Bruce Banner #3) without proper caution, a common reaction might be the dreaded marijuana-induced anxiety.

Another common cannabinoid that is found in marijuana, Cannabidiol (CBD), has been shown to counteract the effects of THC. Because of this, it is often bred out of the most popular strains (because most people want to get high when they smoke weed), but that doesn't mean it's not out there; you just have to look for it. CBD supplements or patches, for example, can be used to reduce anxiety (marijuana-induced or otherwise), or users could just opt for strains with a lower THC content to begin with.

Should a marijuana-induced panic attack occur anyway, it's important that the sufferer remain calm. THC is working its magic on many parts of the brain including the amygdala which drives the primal instinct "Fight or Flight", in response to some sort of perceived threat. During this time, blood pressure rises, muscles tense up and breathing becomes sporadic. Fortunately, there are a few things you can do to reduce marijuana-induced anxiety including breathing exercises and meditation.

Finally, in regards to the claim that marijuana induces mental disorders, it's important to remember that the correlation between the two does not necessarily imply a causal relationship. Though research indicates that those who are predisposed to mental illness (those with a family history of the disease) are more likely to experience early onset, it is also quite likely that cannabis is used to "self-medicate" these problems, too.

When teens and young adults turn to cannabis to ease their chronically-troubled minds, they may neglect to learn other coping mechanisms as well. This can lead to a lifetime dependency on marijuana, which may result in an increased tolerance level and exacerbated symptoms when not under the influence of cannabis. For this reason, it is vitally important to teach young people positive coping mechanisms when addressing the issue of marijuana use in general.

Mental health issues can be very serious, so it’s only natural to be concerned with the way cannabis might help or hurt the symptoms of anxiety. Though marijuana can serve as a catalyst for long-term mental change (for the better or the worse), it is often not the underlying cause of these diseases.

Do you have questions for Pot Guide? We’d love to help you answer them. Marijuana in the Unlikeliest of Places

Marijuana in the Unlikeliest of Places