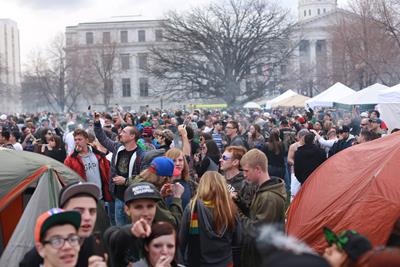 Until recent years, the true origin of the term "420" has been the subject of much speculation. While there have been numerous claims to fame for coining the term 420 -- the codename for marijuana -- evidence gives all credits to a group of five teenagers known as "the Waldos". The Waldos started something much larger than they could have ever imagined.

These self-proclaimed founding fathers of 420 attended San Rafael high school in Northern California in 1971. The group regularly met after school at 4:20 PM before driving on treasure hunts of sorts following a hand-drawn map in search of a secret marijuana crop North of San Francisco. Others have challenged the group's claim to fame but the Waldos are the only stoners to provide evidence supporting the origin of the term.

420 began to catch on among other students and acquaintances of the Waldos at San Rafael -- eventually finding its way to the local rock band, Grateful Dead. Fans of the Grateful Dead, known as "Deadheads," spread the term across the nation like "pot-fire" over the next decade. In 1990, an editor at HIGH TIMES discovered the term on a Grateful Dead flyer which led the magazine's staff to hold brainstorming meetings at 4:20 PM. Quentin Tarantino sets all the clocks to 4:20 in his cinematic masterpiece, "Pulp Fiction." The 420 mile marker off Colorado's I-70 has been the subject of multiple thefts before the state finally replaced it with a 419.99 mile sign.

April 20th has become an unofficial holiday for stoners and the 420 Rally in Mile High City is the largest rally for marijuana in the world. Denver's 420 Rally began seven years ago to generate support for the de-criminalization and legalization of marijuana in the state of colorado. This year, most of the festivities take place over the weekend in civic center, 4/18 and 4/19, prior to 4/20.

Some participants of the 420 Rally are cited with tickets for public consumption of marijuana. These citations, along with the sea of stoners flooding downtown Denver at 4:20 PM on 4/20, raises concerns to locals and may negatively impact the perception of the Cannabis industry. In 2013, rival gang members caused a conflict leading to two people being shot; however, the 2014 Rally produced record numbers despite the previous year's incident.

University of Colorado - Boulder closed their campus to the public on 4/20 for three years in a row following an unsanctioned gathering of more than 10,000 supporters. This year CU officials agreed to leave the campus open to the public after spending more than $100K on the previous year's closure. While a lot of negative stigma surrounds the 4/20, including the birthdate of Adolph Hitler in 1889 and the anniversary of the Columbine High School massacre of 1999, it is definitely not related to the celebration of marijuana.

The 4/20 holiday is becoming a rite of passage for all stoners and supporters of Cannabis. Last year the entire nation watched Colorado create a thriving market of legal, recreational marijuana products attracting tourists from all over the world. While half the country may soon legalize marijuana, International Marijuana Day -- aka 420 -- will forever be celebrated in Denver, Colorado.

BBC: How 420 Became Code for Marijuana 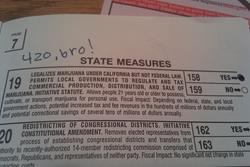 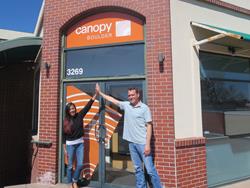