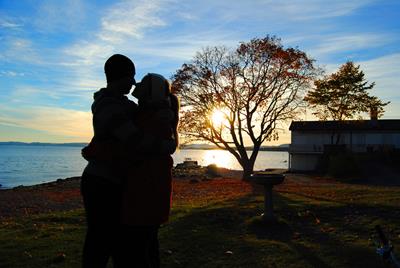 Marijuana has long been touted for its ability to ease pain and promote creativity and self-awareness, but did you know that it could actually help build strong, successful relationships, as well? Thanks to its ability to calm the mind and move the soul, marijuana may be another therapeutic ingredient you can use to foster a healthy relationship with your partner, and here's why:

Marijuana use reduces the occurrence of domestic violence

Recent research suggests that couples who toke together may actually be at a reduced risk for domestic violence than those who don't. These findings come from a study which followed over 600 couples for nine years of marriage and found that the more often couples smoked cannabis together, the less likely they would be to experience intimate partner violence (IPV).

The study found the same to be true even if cannabis was used exclusively by the husband, and was most profound for women with no history of IPV. In other words, weed may help "mellow out" aggressive tendencies that lead to physical violence.

Couples can bond over their cannabis hobby

Couples who report high levels of marital satisfaction share a common trend: they make "couple time" a priority. Whether they use their time to exercise, play games or work on a project together, couples who share hobbies also truly enjoy sharing their lives with their partners.

If both people in a relationship enjoy marijuana, then it, too, can become a hobby with which to bond. Couples can learn about cultivation, share research and insights, and stock-up on their collection of paraphernalia all while contributing to their own personal "love bank" (which, by the way, offers awesome pay-outs if you can keep it full). For those extra-special occasions, couples can even book all-inclusive cannabis tours to help stoke the flame of love.

There is a lot of debate about whether or not cannabis can help or hinder a sexual experience. For about one-third of the population, getting high before sex is an uncomfortable experience caused by an overly-active internal monologue.

The majority of people, however, report heightened sexual pleasure because of the way cannabis heightens the sense of touch. It can also serve as a catalyst for intimacy, allowing users to connect more closely with their partner both during and after intercourse.

The success of a sexual encounter after cannabis consumption, however, seems to be dose-dependent. According to Dr. Shelley Narula of SteadyHealth.com, testosterone levels in mice rise drastically after consuming cannabis, but then drop below normal after about 20 minutes in mice that received large doses of THC. Mice that received minimal doses of THC, however, maintained an increased testosterone level for more than an hour suggesting that light to moderate cannabis use in men may improve sexual desire and intimacy while high doses may have the opposite effect.

Despite some anti-marijuana claims that marijuana makes people immoral, one resent survey conducted by the new dating website, My420Mate.com, suggests the opposite: that marijuana users top the charts in morality.

The survey asked 4,500 of its registered users simple moral questions (whether or not they would return a sum of lost money or how they felt about infidelity, for example) and found an overwhelming majority of respondents to be highly moral (no pun intended). Though the survey is lacking in that it neglected to question the general public, it raises an important point that marijuana and morality seem to go hand-in-hand, but not in the way some might think.

Depression is a disease that plagues the whole family. If one or both partners are depressed, their risk for divorce is nine times greater than the average couple. But cases of mild to moderate depression, especially depression that is caused by high levels of stress, can be effectively treated with cannabis.

According to a recent study conducted by researchers at the University of Buffalo, those who experience chronic stress have reduced endocannabinoid production (a naturally-occurring chemical in the brain that affects cognition, behavior and emotion) which could contribute to their depressive symptoms. This also explains how cannabis combats depression; by supplementing the brain with plant-based cannabinoids like THC and CBD.

How marijuana can affect communication patterns

Perhaps this is because marijuana can a cause temporary lapses in memory (couples use it to forget why they were arguing instead of addressing the issue directly), perhaps because marijuana's euphoric sensations help take our minds off of the pain, or perhaps because those who started using marijuana very young never learned proper stress-coping techniques, but whatever the reason, if marijuana is to remain a positive influence on your relationship, it must never take precedence over good communication.

There are many therapeutic benefits to cannabis well beyond easing pain and lifting nausea. Though research is limited, preliminary studies suggest that couples who use cannabis together may be in a better place within their relationships. They may experience higher levels of marital satisfaction, a more intimate connection with their partner and a more fulfilling sex life. As long as communication patterns remain constructive, cannabis can be a welcome guest in a successful, long-term relationship.

Do you out use marijuana with your partner? How has it affected your relationship? Comment below or tell us about it on Facebook. 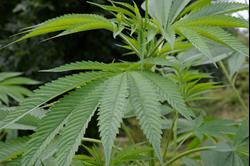 Growing Marijuana Outdoors; What You Need to Know

Growing Marijuana Outdoors; What You Need to Know 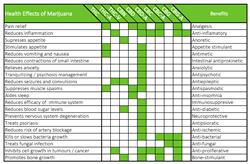