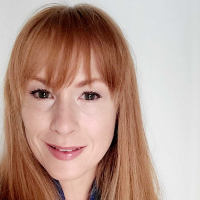 Erin Hiatt is a New York City-based writer and journalist who came to writing about cannabis and hemp after (and during!) a career as a performer. Of all the side hustles undertaken to support herself between gigs, writing is the hustle that stuck. Today, she is a cannabis industry veteran with more than eight years of experience under her belt.

Erin’s first piece for Hemp Connoisseur Magazine was a feature on Colorado's Amendment 64, and her writing portfolio has grown significantly since then to include publications like Broadly, Civilized, Weedmaps, Doubleblind, Alternet, MERRY JANE, Freedom Leaf, Marijuana Goes Mainstream, Leaf Report, and others. She has been a key contributor at PotGuide since 2017 and has over 150 expertly crafted articles published on the PotGuide.com website.

She has also appeared on panels as a hemp media expert and as the featured guest on the podcasts In the Know 420 and The Let's Go Eat Show.

More Information About the Author

Erin's interest in writing extends beyond covering the cannabis industry. She has also written about the opioid crisis, synthetic cannabinoids, psychedelics, and Latter-Day Saints and their intersection with substances like cannabis, ketamine, and psychedelics.